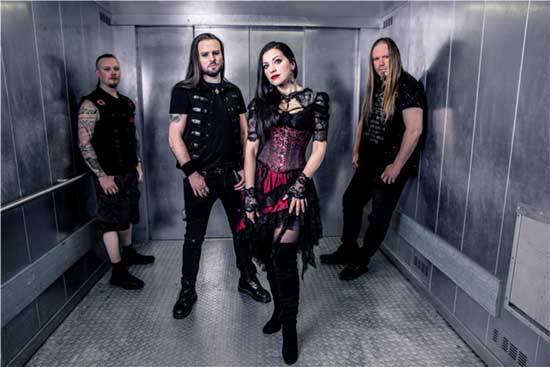 “As our new album is influenced by the eighties to some extent, we thought it would be fitting to do a cover version from this era, and include it as a bonus track on the album. ‘Voyage Voyage’ by the artist Desireless is one of my favourite songs from this decade and it was a very interesting song to cover. In terms of covers, I love to find songs from a completely different genre and then put SIRENIA’s touch and sound to it. It never made any sense to me to do a cover version of a different rock or metal band, as the versions would end up too similar anyway.”

Join SIRENIA and dive into some ‘80s vibes with “Voyage Voyage” HERE:
A modern ride straight into the heart of symphonic metal!
On Riddles, Ruins & Revelations, SIRENIA remain as true to their album title word-play as they do to their dedication to symphonic soundscapes, drawing the listener into a pounding narrative about the darkest aspects of life. All eleven songs accumulate step by step to an integral sound artwork, where the versatile mezzo soprano voice of singer Emmanuelle Zoldan always shines in high-profile. In addition, there are many enchanting, instrumental surprises lurking on the way that absolutely need to be discovered: With the opening”Addiction No. 1″ the formation delivers an immense and catchy tune that will have fans of bands like Beyond The Black and Amaranthe falling in love immediately. “We Come To Ruins” is directed at all the headbangers out there and offers a contrast of harshness. With “Downwards Spiral”, Emmanuelle is supported by the remarkable voice of long-time friend Joakim Næss on clean vocals, who has joined the band on previous releases.
Most parts of Riddles, Ruins & Revelations were recorded at Audio Avenue Studios in Stavanger, Norway, and mixed and mastered entirely by Morten Veland himself.
Morten Veland states:

“Riddles, Ruins & Revelations is SIRENIA’s tenth studio album. The album is very diverse, as a SIRENIA album should be. There’s a lot of material that shows the band from a new side, and there is lots of material that is to be expected from the band musically. All in all, the album will take the listeners through a journey that will cover both familiar and unexplored musical landscapes. We hope that you will enjoy the journey.” 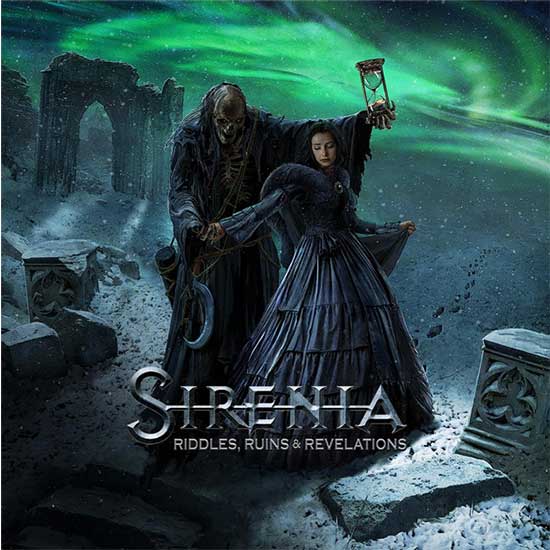