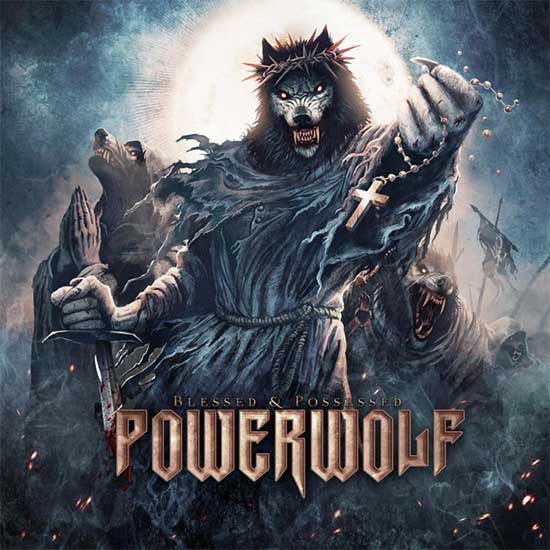 POWERWOLF – Vinyl Re-Release of Gold Status Album Blessed & Possessed out April 9, 2021 via Napalm Records
Pre-Order Your Copy NOW!
With their latest internationally successful outputs, the high priests of heavy metal, POWERWOLF, have truly proven that metal is alive and they are at the top of the scene: While heavy metal’s finest are constantly working on Call Of The Wild, the successor to their globally acclaimed full-length, The Sacrament Of Sin, they are also offering a new, very special treasure to their fans.

Their 2015 album Blessed & Possessed, which achieved Gold status for the first time in the Czech Republic and held fast at the top of the German charts for several weeks, will now be re-released in a vinyl edition on April 9, 2021 via Napalm Records.

Once again, POWERWOLF prove that they truly deserve their title as one of the most successful metal bands of today! Their latest Best Of album,Best Of The Blessed (which charted on #2 in the German album Charts), highlights their impressive career in glorious style – and the upcoming re-release is just the beginning of a very heavy 2021, including the release of the new studio album Call Of The Wild and the bombastic Wolfsnächte 2021 tour!
Purchase your vinyl copy HERE:
Wolfsnächte 2021
01.10.21 DE – Stuttgart / Schleyerhalle
04.10.21 ES – Barcelona / Razzmatazz
05.10.21 ES – Madrid / Riviera
07.10.21 FR – Paris / Zenith
08.10.21 UK – London / Roundhouse
09.10.21 BE – Antwerp / Lotto Arena
10.10.21 NL – Amsterdam / Afas Live
12.10.21 IT – Milano / Alcatraz
13.10.21 DE – Frankfurt / Jahrhunderthalle
15.10.21 DE – Munich / Zenith
16.10.21 DE – Oberhausen / König Pilsener Arena
17.10.21 CZ – Prague / Tipsport Arena
18.10.21 PL – Katowice – MCK
20.10.21 HU – Budapest / Arena
21.10.21 AT – Vienna / Gasometer
22.10.21 DE – Berlin / UFO im Velodrom
23.10.21 DE – Hamburg / Sporthalle
ABOUT POWERWOLF:
The story of POWERWOLF, beginning in 2004, reads like a true fairytale, but is the result of the most hard-working and entertaining live band on the heavy metal planet. POWERWOLF has not only received plenty of Gold and Platinum awards to date, but numerous releases have entered the official German album charts at the pole position #1. With Blessed & Possessed (2015), POWERWOLF achieved Gold status (in the Czech Republic) for the first time, while the predecessor, Preachers Of The Night (2013), hit the official German album charts at #1 and the incredible DVD, The Metal Mass (2016), came in at #1 of the German DVD-Charts. POWERWOLF’s holy mass in the name of heavy metal is unstoppable – their latest magnum opus, The Sacrament of Sin (2018), again entered the album charts at #1. The accompanying, almost completely sold out Wolfsnächte headline tour, in which POWERWOLF headlined large venues with their phenomenal stage performances, became a single major triumph – as well as the numerous summer festival shows in which crowds were thrilled and completely captivated by the ‘wolf and their unique, (un)holy metal mass. With the new studio album Call Of The Wild and the Wolfsnächte 2021 tour charging through the largest halls in Europe, 2021 will again be a year completely under the sign of the wolf pack!
POWERWOLF are:
Attila Dorn – vocals
Falk Maria Schlegel – organ
Charles Greywolf – guitar
Matthew Greywolf – guitar
Roel van Helden – drums
Share 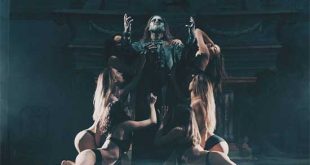