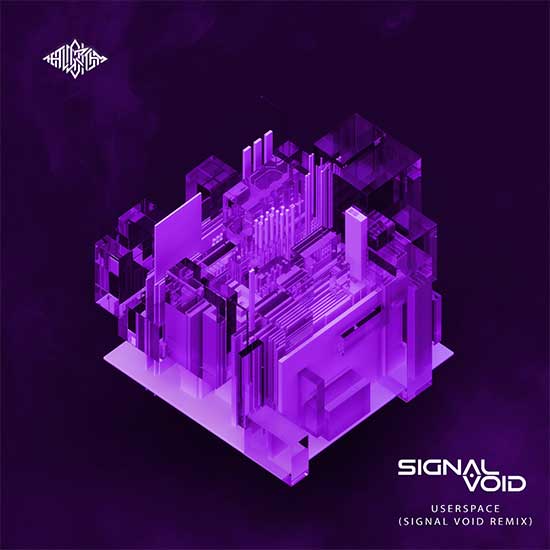 The Algorithm’s atmospheric, progressive electro-metal creation “userspace” gets a dramatic cyberpunk alteration courtesy of Signal Void on this brand new remix. An elaborate, bass-heavy production style marks Signal Void’s version with a distinctly dystopian tone that will resonate with fans of both artists, who coincidentally are label mates through FIXT and FiXT Neon.

The Algorithm previously released his highly successful album Brute Force, an unhinged, humorous, and abrasive mix of soundscapes and cohesive genre mash-ups of Metal, Rock, EDM, Synthwave, and Djent, with FiXT in 2016. Signal Void’s remix continues the Brute Force story ahead of brand new material from The Algorithm coming soon in 2021.

Signal Void released his first singles in 2018, and after finding a highly receptive audience to the music, connected with independent synthwave record label FiXT Neon for a multi-album deal. The label repackaged and re-released Signal Void’s early singles into a complete album, This Liminal Reality, at the close of 2019. “In 2020, Signal Void released a series of new singles, including the FiXT Neon: Altered anthology track “Find You” with King Protea on vocals, “Limbo” featuring Casey Desmond, and a collaboration with DEADLIFE on “Turncoat,” with a new album slated for mid-2021.

The Signal Void remix of The Algorithm’s “userspace” is out now on all platforms from independent electronic-rock label FiXT.