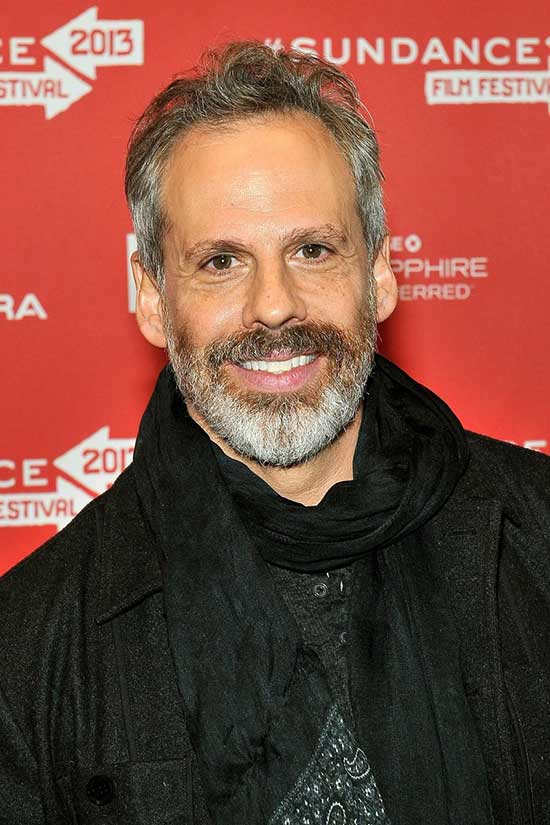 HNN-Hello Thomas, thank you for taking the time to do this interview. Tell us how this idea manifested for you?

Thomas-Manifestations can take many forms. This one was just short of an immaculate conception. I wasn’t looking for it, I couldn’t even imagine it. It just appeared right before my eyes in the form of a strange neighbor on the town’s newspaper staff. At first, I thought he was just odd, then I became intrigued. It wasn’t until how the film opens; did I start to write. 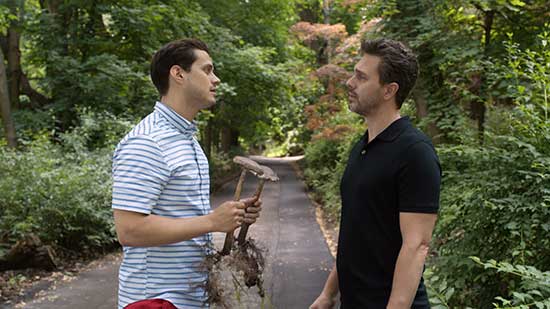 HNN-What was it like directing this cast? They did such a great job. I loved the dialogue and the conversations between Thomas Sadoski and Jake Robinson.

Thomas-The entire cast has strong theater backgrounds which makes it easier to do long takes. As a result, they are more comfortable in front of the camera and the dialogue takes on a conversational flow. The restaurant scene with Tom and Jake is a good example of this. We shot 14 pages of dialogue in one day because they just couldn’t stop. That’s unheard of but it worked.

HNN-The Mimic feels like the therapy we all need right now. What would you like to say to the people that will be watching The Mimic?

Thomas-When we made the film the word “gaslight” was not as prevalent as it is now due to circumstances beyond my control. That makes the film really timely and will keep the viewer more involved. If they recognize a characteristic of someone, they suspect of being a sociopath, then forewarned is forearmed. 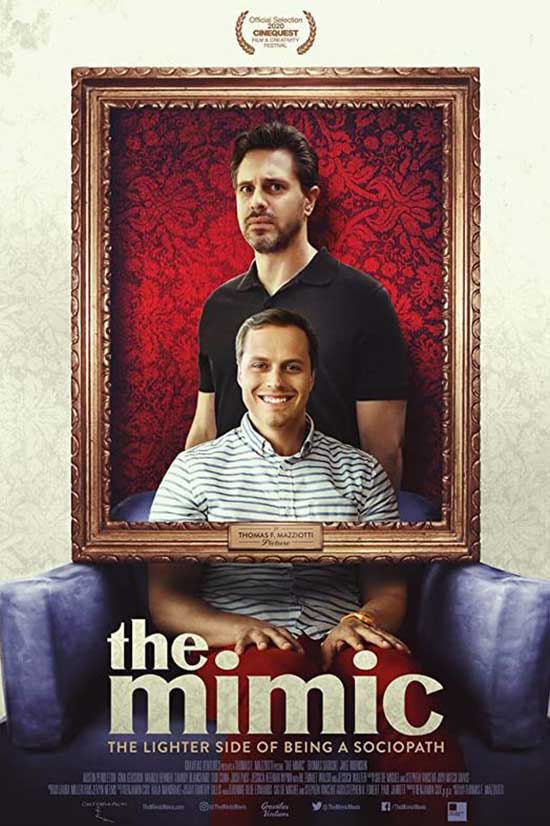 HNN-I know a lot of us are still in quarantine and working from home. What are you working on next?

Thomas-My next project is about a famous mystery writer who is contacted by an unhappily married fan who wants out of his marriage but needs an idea on how to get out.

HNN- I had a lot of stuff happen to me in life. “Back in the day,” it wasn’t like, okay to say you are going to therapy of you know someone who is narcissistic or a sociopath. Do you think things have gotten better over the years with people being able to kind of openly talk about therapy?

Thomas- It depends on what kind of therapy and where you live. I find it’s more acceptable in a big city than a small town.  A sociopath will never go to therapy because he’s unaware there’s anything wrong with him. His victims may not seek professional advice because they may not know there’s a problem at first. Time has to pass before they realize it. If the sociopath is unlucky enough to run into a screenwriter, that’s good enough therapy for me. 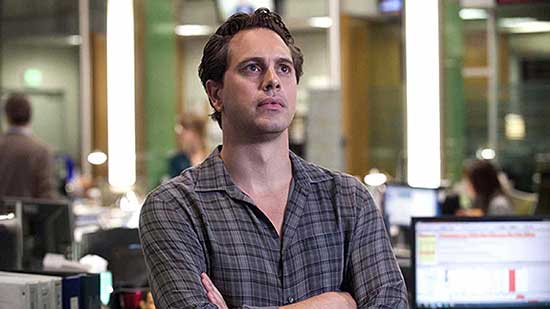 HNN-Did you always know that you wanted to be a writer and a filmmaker?

Thomas-Yes. Only because I feel I have something to say and know how it should look when it’s said.

HNN- Did you face any challenges while shooting?

Thomas-18 days, 6-day weeks, 12-hour days. The task was so daunting that we didn’t have time for challenges.

I thank you so much for taking the time to do this interview. The Mimic was great. The cast is exceptional, the dialogue was some of my favorite dialogue ever. Thank you.

Make sure to check out THE MIMIC. THE MIMIC IS OUT NOW ON VIDEO ON DEMAND. 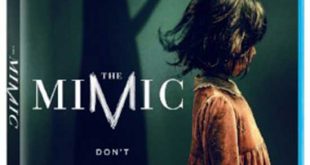