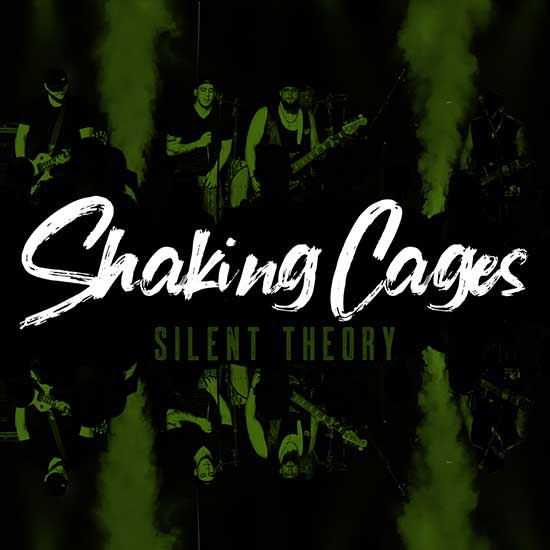 “Shaking Cages is a song that developed from the feeling of being stranded on an island and doing everything you can to be found. It was also a direct statement from the band to showcase our growth from the last record to now. It grew from the wishful idea that if you set enough fires and shake enough cages you might be seen.” – Dakota Jerns

In a society where new bands pop up every day, Silent Theory is here to set a new standard. The band found success with their single, “Fragile Minds,” released June 2016, charting at #97 for Media Base Active-Rock and #29 for Under the Radar charts. It has since surpassed 5 million video views on YouTube and continues to grow rapidly. Following this success in June 2018, through Loudwire, the band released their second single off of the album, Delusions, “Watch Me Burn.” The single charted at #67 on the Media Base Active-Rock charts. Silent Theory is made up of brothers Mitch, Scott, and George Swanger, as well as Robert James and Dakota Elliot Tyler. They are currently located in Moscow, Idaho, but finding worldwide success. As of January 2021, they signed with Paul Crosby Management (founding member of Saliva), getting ready to release their latest single, “Shaking Cages,” and are currently finishing a new album to be released in April 2021.