FROM THE DIRECTOR AND PRODUCERS

OF MERMAID: LAKE OF THE DEADAND BABA YAGA 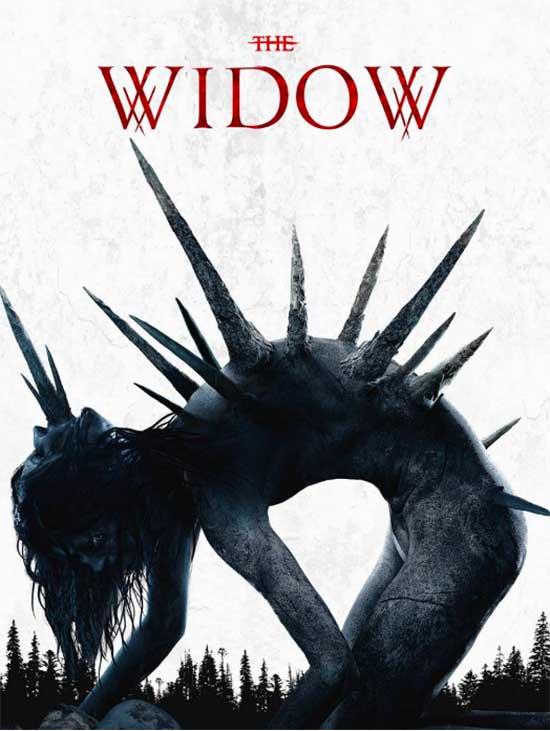 This spring, prepare yourself for one of the most vicious, chilling backwoods terrors when the new supernatural thriller THE WIDOW, directed by Svyatoslav Podgaevsky (Mermaid: The Lake of the Dead,Baba Yaga: Terror of the Dark Forest), debuts on major VOD and digital platforms and on DVD & Blu-ray on March 30, 2021 from Shout! Studios and Scream Factory™. The DVD & Blu-ray will contain both the original Russian language audio track and an English-dubbed option. Pre-order for the physical releases are available now at ShoutFactory.com and other fine home entertainment retailers
Movie Synopsis:
In a densely forested area north of St. Petersburg, people have been going missing for three decades. Very few corpses were ever found, and the few that were recovered were naked. On October 14, 2017, a team of volunteers went out into the woods in search of a missing teenager. Soon, all communication with them was lost. Locals believe they were taken by the same dark spirit that took the others … they call it the Limping Widow. Based on true accounts from the region, this gripping film is a white-knuckle ride from beginning to end!
Annually, more than 300 people disappear in the forests to the north of the St. Petersburg region. There are cases when bodies of the missing people are found in the middle of the forest completely naked, without any sign of violent death.
This film is inspired by real events that happened to a search-and-rescue team in the forests near St. Petersburg. Those mysterious, swampy forests of the St. Petersburg region were the main site for the film. The film crew spent several months isolated from civilization. Raw autumn with its north winds, cold and rain — is only a small part of what the expedition members had to deal with every day. It’s worth noting that the making of the film started on October 14, 2018, on the Holy Virgin’s Day when, according to folklore, the forest turns into a deadly place.
Produced by QS FILMS with the participation of Central Partnership
Genre: Mystery, Horror
Director: Ivan Minin
Screenplay: Ivan Minin, Ivan Kapitonov, Natalia Dubovaia, Svyatoslav Podgaevsky
General Producers: Ivan Kapitonov, Svyatoslav Podgaevsky, Alexander Emelyanov, Vadim Vereshchagin, Rafael Minasbekyan
Executive Producers: Inna Lepetikova, Maxim Matiushchenko
Creative Producer: Natalya Dubovaia
Cameraman: Maxim Mikhanyuk
Production Designer: Andrey Budykin
Costume Designer: Alexandra Talalueva
Make-up Artist: Khristina Istomina
Share