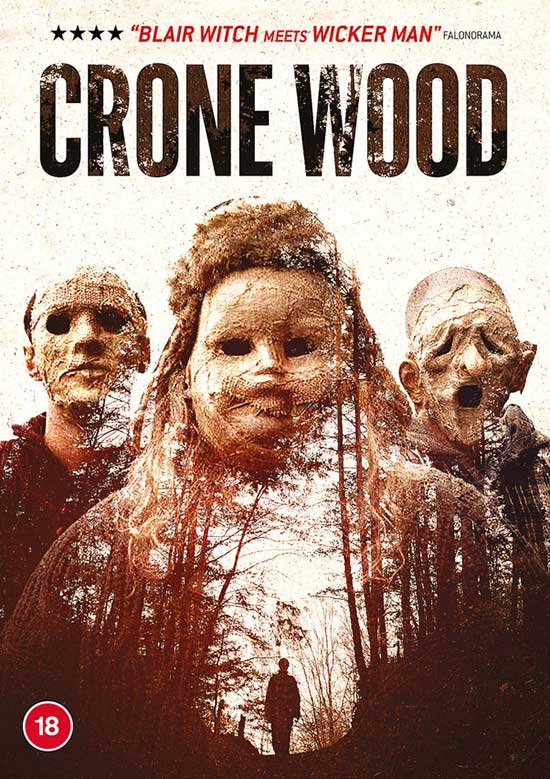 DANSE MACABRE is pleased to announce the UK and Irish release of Mark Sheridan’s occult horror CRONE WOOD which will be available on DVD and VOD from February 1st 2021.

Elva Trill (Line of Duty) and Ed Murphy (Vikings) star as a young couple who embark on a camping adventure in the  countryside. They choose Crone Wood, an infamous spot with a history of witches and folklore. But as the darkness settles, strange noises can be heard and mysterious lights are spotted between the trees. What starts out as a curiosity, quickly descends into a nightmare as the two discover that the horrors of Crone Wood go far beyond local legend. Thrown into a world of cults and ritualistic murder, they quickly discover that pagan Ireland is alive and well.
Produced by Fantastic Films (The Hallow, Wake Wood) CRONE WOOD received its World premiere at Dublin Horrorthon before touring the festival circuit with screenings at Fantasporto, Grossmann and Fantastik Film Festival.
“An atmospheric horror that looks stunning

and makes you think”
– Weekend Notes

Combining the authentic pagan ritualism of The Wicker Man with the emersive found footage style of The Blair Witch Project CRONE WOOD has won the support of Asda and Morrisons, two leading supemarkets that will be stocking the DVD.  Other outlets where the DVD can be pre-ordered include Amazon, HMV, Simply and Base. CRONE WOOD will also be available to stream and download from Sky Store, Amazon Prime, Google Play and Apple TV.