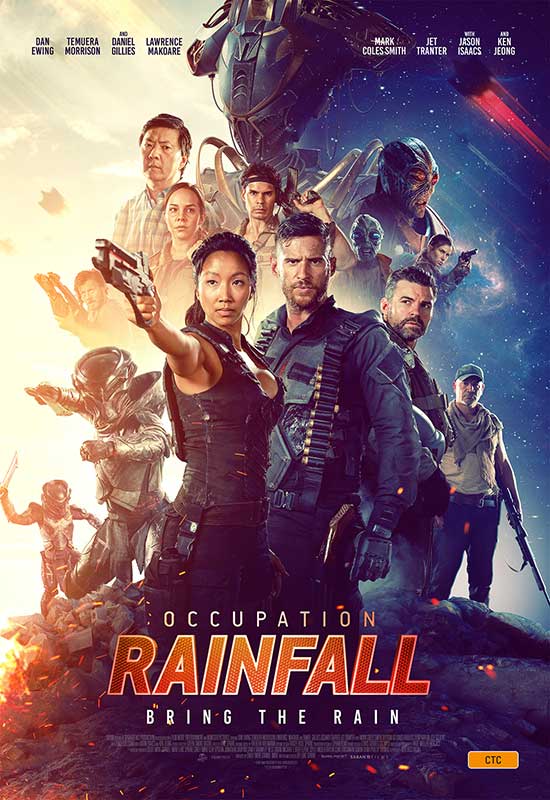 Filmmaker Luke Sparke‘s highly anticipated follow-up to the 2018 sci-fi blockbuster stars a topline cast of international and Australian stars and features effects by the same Australian teams and artists that were a part of Thor: Ragnarok, I am Mother and Spider-Man: Homecoming.

Director Luke Sparke: “It’s so rewarding after 2 years of work to finally show this teaser trailer for Occupation: Rainfall. We’re aiming for Australia’s own action franchise here, equal parts sci/fi and adventure. I don’t think some of what we are doing has ever been attempted in an Australian film before and I can’t wait for the lucky viewers attending the World Premiere screenings at Monster Fest to experience it all first before the full release!”

OCCUPATION: RAINFALL picks up two years into the intergalactic invasion of earth with survivors in Sydney, Australia fighting back in a desperate ground war. As casualties mount by the day, the resistance and their unexpected allies uncover a plot that could see the war come to a decisive end. With the Alien invaders hell-bent on making earth their new home, the race is on to save mankind.