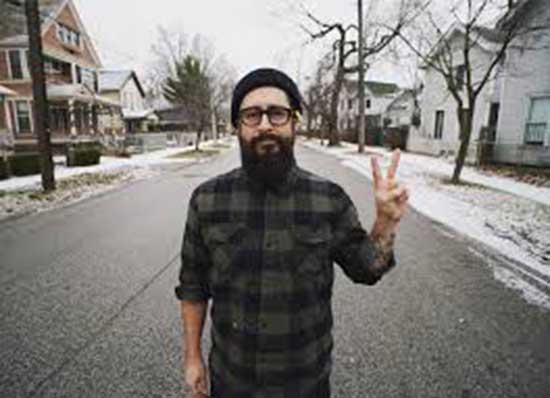 “In Nova, Dr. Nova Thorpe (Kelly Kula) is the lead engineer for a top-secret experiment. When everything goes wrong, Nova has but a few moments to warn everyone before it’s too late…

Nova was filmed on a Panasonic EVA1 using a rotating robotic arm built and controlled remotely by Director of Photography, David C. Smith. The robotic arm allowed director David McAbee and David C. Smith to leave Kelly Kula to perform her scenes without the hindrance of other people in the room. The outcome is a full ‘one take’ transformation scene that looks seamless, and terrifying, from start to finish. Could a feature film be in the works?”

Hi David, thanks so much for talking to me today. I watched Nova and as soon as it was over, I watched it again. It was amazing. I wanted it to be longer, obviously it’s a short film but, wow you did a great job. I grew watching horror movies, sci-fi, mystery. I loved the aspect and the terror with sci-fi mixed in there.

How did the idea for Nova manifest for you?

David- The short -long of it is, I just wrapped a feature called, For the Love of Jesse and I really liked working with that crew. Our DP, David Smith and one of the stars from that film, Kelly Kula who stars in Nova. She came to me and said, hey, we had a great time. Let’s just keep our chops up. I do have this scrip that I was tooling around with and I pitched her the idea. She said, let’s do it. I took a week or two to polish the script off. I was inspired by An American Werewolf in London. That transformation scene into the werewolf is one of the most frightening things I saw as a child. I thought how cool would that be to see in a one-take. The sadness, the sorrow, the regrets that this person would have to go through. I want to see that in one-take. I pitched that idea to Kelly and at that point it was off to the races.

David- It was difficult to be honest with you. When I envisioned it, in my head, I thought we will sit Kelly in the middle of the room, we’ll have a dolly track and we’ll go around her x-amount of times and then we’ll cut behind her back or behind her head. I was talking to my DP David Smith about this and he was like, “yeah we can do that but why don’t we try something bigger? Give me a week and I want to build something.” Being the MacGyver human that he is, he built a robotic arm that he could control from what was our video village in that studio. So, there was nobody in that room but Kelly and the camera. I’m not there, Smith isn’t there. It was difficult and he built this robotic arm from scratch. It was never used on anything else. He could control the tilt, the shift, and the focus. It was so much more than I had anticipated. We had to make sure she was in the exact same spot and once we gave it to our special effect’s guys, they could kind of stitch everything together.

That was crazy. The special effects are great. Kelly goes through a lot too. How did you prepare everyone?

Yes, it does. The scenes with Kelly and the transformation scenes were amazing. It was creepy in a good way.

Is there a chance this will be a feature film?

David- That’s the dream honestly. I love the story so much. It was an eight-page short. After completing the short, I was like, man there’s more story here. I want people to watch it and feel there’s more story here. I wrote a feature script for it so, that’s sitting here. I also wrote a pilot for it. That would be a six-episode mini-series diving in to the characters and everything that is happening on the other side of that wall. Fingers crossed that 2021 could be the year of making Nova everything what it could be.

What else are you working on now, and is there anything you can say about For the Love of Jesse?

David- For the Love of Jesse, I was hired to write and direct that film. It’s out now wherever you watch movies and its available on DVD. It stars Adrienne Barbeau, Randy Wayne. It’s a good wholesome love story. I, like yourself grew up as a horror nerd so this was a new challenge to just write something strictly dramatic. I think we did a good job. As far as other projects are going, I have a pile of scripts that I’m hoping to get off the ground. 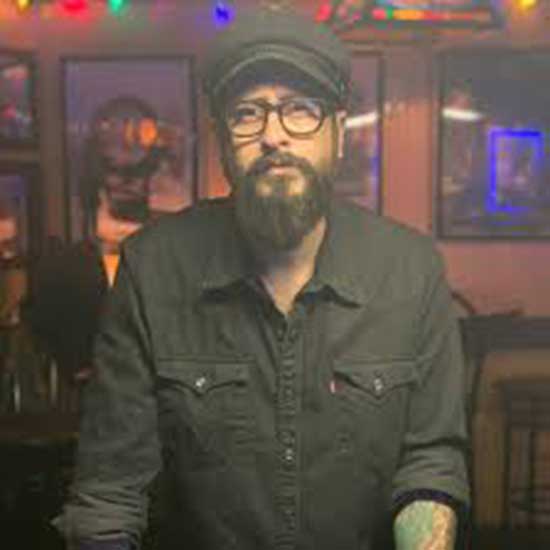 David- I kind of like what you said. I want people to experience the world that is in Nova. It’s very easy to get caught up in the gore and the special effects. I want people to walk away and feel the emotions behind it. Hopefully we can garner some attention and expand on the story.

Oh, I hope so. Hopefully you can expand the story. You really felt Kelly’s emotions and everything she goes through. I wanted to give her a hug. (Both of us laughing.) Thank you so much for taking the time to talk to me.

David- Thank you. I appreciate talking to another horror nerd to be honest with you. 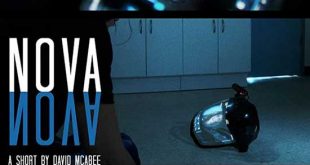 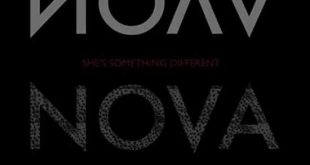