We know zombies once walked the earth as humans, but what of humans who walk among us lacking humanity? Is an inhumane human indeed a human being? Of course, regardless of cruel disposition, a human being is not a supernatural or otherworldly being. Heartless and brutal actions may create perceptions about a human being becoming a monster or a devil, but such absurd descriptions represent cowardice. Attempts to describe human cruelty as fictitious or mythical involve refusing to accept human beings may possess dark natures. 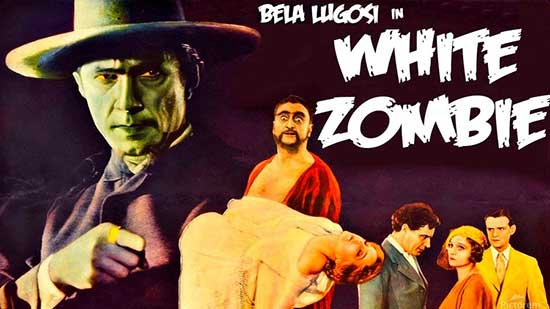 And there’s a need for the false decorum. Describing humans as “monsters” insults “real monsters” when supernatural and natural creatures coexist and the humans behave far worse.

White Zombie (1932) presents a film featuring both the living and the living dead, with the latter behaving far worse than the former.

The plot and premise of White Zombie follow a straightforward narrative. A couple, Neil and Madeline, travel to Haiti to wed. They stay at the plantation estate of Charles Beaumont, a self-centered and lonely man who becomes infatuated with Madeleine. She displays no interest in the arrogant Beaumont, so he seeks assistance from Murder Legendre, a strange man, and master of voodoo. Legendre uses his knowledge to create zombie slaves who toil laboriously day and night in his sugar mill.

Murder Legendre reveals Beaumont’s only chance involves drugging Madeleine with a potion, one that will both kill her and bring her back from the dead. After rising from her mausoleum, Madeleine will become a zombie love slave.

“Only a pin-point, Monsieur Beaumont, in a glass of wine,” says Legendre.

Beaumont reluctantly agrees to the Legendre’s outrageous plan, not realizing the foolishness found in trusting such an evil person. 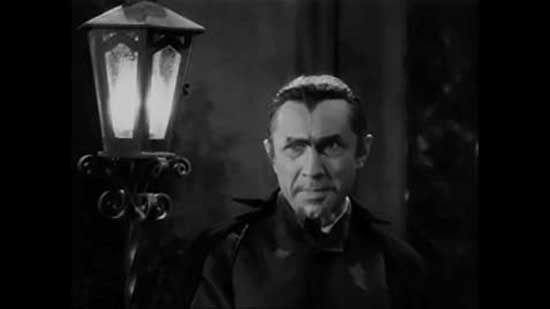 Is White Zombie a zombie film? The living dead do not hide their presence, but their contribution remains peripheral. At times, the living dead emerge to commit murderous acts, but only when beckoned by their evil master.

The zombie servants at the sugar mill stand ominously quiet in the background allowing the human drama and it’s infernal elements to play out. The human characters, good ones, evil ones, and the misguided, drive the narrative.

Bela Lugosi’s brilliant and menacing portrayal of Murder evokes evil in all its walking, talking, and breathing humanity. White Zombie is a monster movie where the real monsters are human.

Legendre represents humanity’s inhumanity in all it’s selfishness. He is the colonial invader he subjugates the indigenous people and steals from them the long slumber of the dead. The slavemaster denies them passage to the afterlife and forces their restless souls to work in the sugar mill, increasing a vile man’s wealth.

Although he borrows from vodoo to raise the dead, Murder Legendre relies on selfishness, a lack of empathy, narcissism, and sociopathic tendencies for everything else.

The Pitiful Requiem for a Zombie

Nothing better illustrates the zombie’s status than the ignoble end than a nameless one facing his demise in the sugar mill. The unfortunate creature falls into the sugar grinder, and his undead brethren pay him no mind. They continue to turn their “wheel of pain” to grind the sugar and grind the fallen zombie with it. He means nothing to them nor to his master, Legendre.

They go about their business, numb to the world. As Legendre puts it, “They work faithfully. They are not worried about long hours.” They appear resigned to their fate, unable to die and remain dead. 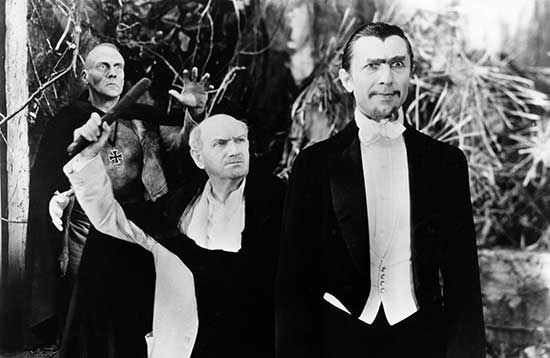 And who are these zombies? Legendre tersely and smugly points out, “Zombies. They are my servants. Did you think we could do it alone?” Servitude is their place now. What were they before, though? Does Legendre solely refer to building the sugar mill business when he cryptically emotes the word “it?”

Legendre does provide a brief backstory to several of the hapless creatures. With Beaumont looking on in frightened awe, Legendre stands in front of several zombies standing at attention. They look straight ahead, with emotionless, vapid, dead stares. Looking deep into their dead eyes, we see hints there’s an added level of cruelty at work here. While expressionless, the zombies suggest there’s an added torture at work here. 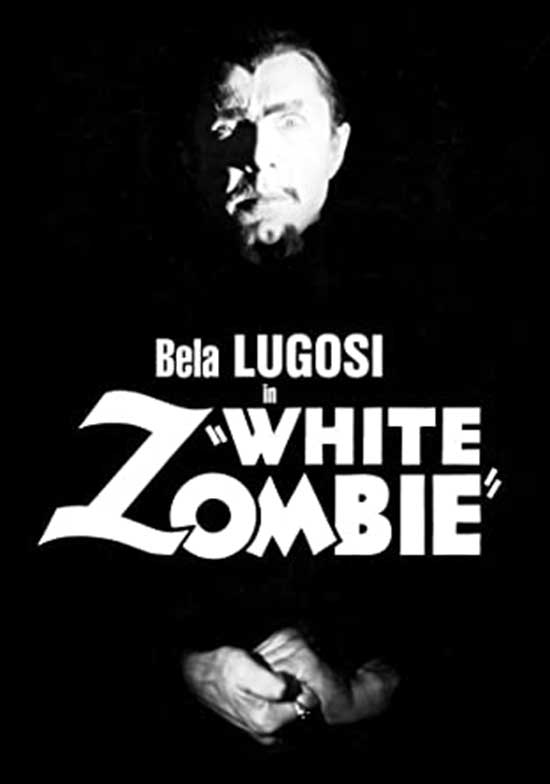 And then Legendre tells the tale. He points to several zombies and reveals who they were. “The witch doctor, once my master. The secrets, I tortured out of him,” intones Legendre. He continues to the Beaumont’s shock. Legendre almost laughs when he acknowledges, “The executioner…who almost executed me!”

Legendre’s pathology comes to life here in the shadows of the dead. The slavemaster finds himself enthralled in the glow of a power exchange.

The Living Dead and the Living Hopeless

The viewer may infer someone facing the executioner’s noose doesn’t stand high on society’s pecking order. Murder Legendre escaped the dregs of prison and a fateful date with the executioner by stealing the secrets of voodoo. Not only did he raid the villagers of their dead and make them unliving slaves, but he also turned the tables on his enemies in life.

Not only did he gain revenge on a roll call of enemies, including a “swine swollen and with riches” and “a minister of the interior” and others who held esteem in society, but Legendre also humiliated them. No longer do they stare from a place of high regard. They now serve Legendre and stare from a limbo existence, neither alive nor dead. Now, Legendre stands as the wealthy swine who makes the law and rules the populace. For the slavemaster, everything is about control. The zombies exist as Legendre’s narcissistic supply.

Beaumont signs his pact with Legendre, and poisons Madeleine with the zombie potion. Die and rise from the grave she does, but she hardly makes the perfect soulmate for Beaumont. She has no soul anymore.

Her living death becomes most apparent to the willfully blind Beaumont when he watches Madeleine stare off aimlessly while playing eerie music on a piano. Beaumont attempts to show, and buy, affection with a jewelry gift. Now a zombie, Madeleine has no emotion to show or give. “These things can’t bring back the light in those eyes,” Beaumont intones with despair. He knows the union joins with a living corpse, and Beaumont comes to a conclusion with the word, “I thought beauty alone would satisfy, but the soul is gone.” In making Madeleine a slave and debasing her, Beaumont destroyed her humanity and took her soul, all while making himself a perverse necrophile. 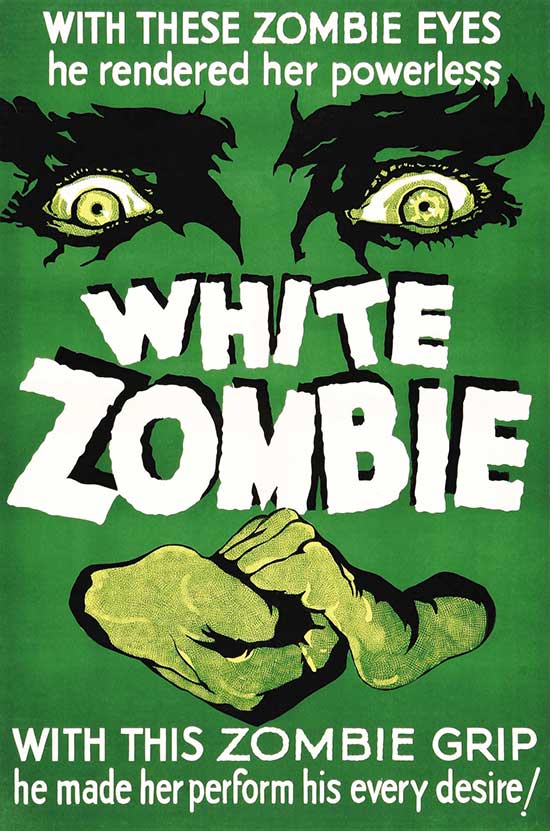 Could Legendre restore Madeleine’s soul or return her to a final rest? Beaumont seeks to find out, but Legendre connives once again. The ruse served as a piece of Legendre’s tortured revenge games. He poisons Beaumont with the potion, and now the new slavemaster finds himself slowly turning into a zombie slave.

Now unable to speak and fearful for his plight, Beaumont reaches out pleadingly to Legendre, touching the zombie master’s hand. The reply proves vicious, “You refused to shake hands once, I remember,” notes Legendre, who then slaps Beaumont’s hands in a mock-abusive way and says, “We understand each other better now.”

Beaumont now understands the perversity of his actions with Madeleine. And Legendre once again succeeds with a power exchange to punish a perceived slight. 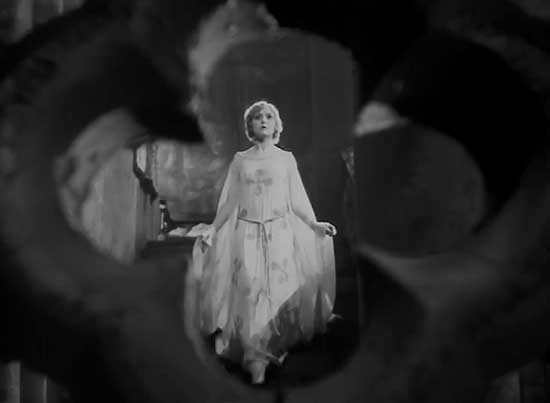 The Zombie Wheel Rotates to the End

White Zombie concludes with a tonal shift to give the ending an upbeat “good defeats evil” finale. If the film’s themes didn’t wallow in the ways humans could be so inhumane, audiences would buy the romantic edge to the ending.

The film ends with those deserving of punishment receiving their comeuppance. The zombies welcome a reprieve to their curse, but nothing ties up believably upbeat. It ends with a definitive conclusion, but a gloomy cloud hangs, like the vulture in the movie hovering over the living and refusing to leave.

While we know zombies don’t exist, we do know people like Legendre and Beaumont do. Like the zombies in horror films, they never rest nor go away.