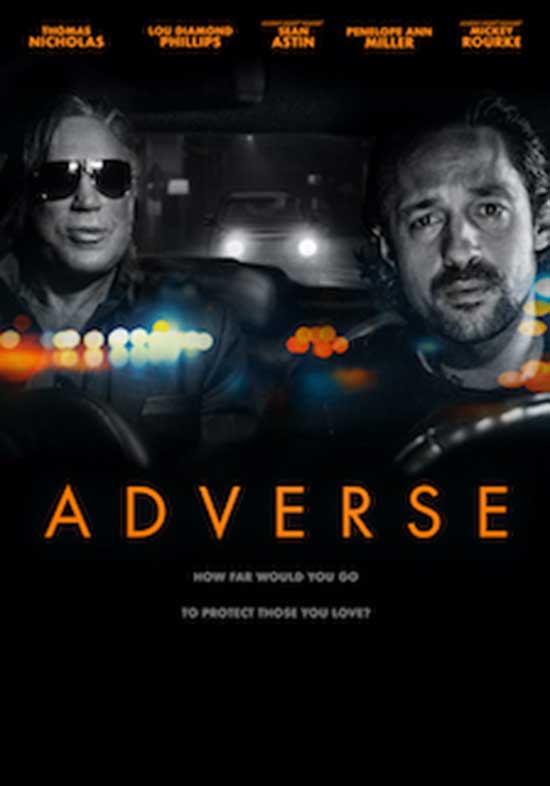 Lionsgate will release ADVERSE on Digital, On Demand and DVD on March 9th. The film will also be in theaters on February 12th through Black Jellybean Productions.

Thomas Nicholas (“Red Band Society”) and Mickey Rourke (The Wrestler) star in this gritty, intense urban thriller about one man’s quest for revenge. Struggling to make ends meet, rideshare driver Ethan (Nicholas) learns his sister Mia is deep in debt to a sleazy drug dealer. When Mia goes missing, Ethan discovers that crime boss Kaden (Rourke) is behind the act, and to get close to him Ethan takes a job as Kaden’s driver. One by one Ethan hunts down members of Kaden’s crew to wreak bloody vengeance as he prepares to confront Kaden himself. The stellar cast also includes Lou Diamond Phillips, Sean Astin, and Penelope Ann Miller.