You can play the Game via PlayStation 4 & 5 online / via Dreams – DEMO coming X-Masss ! 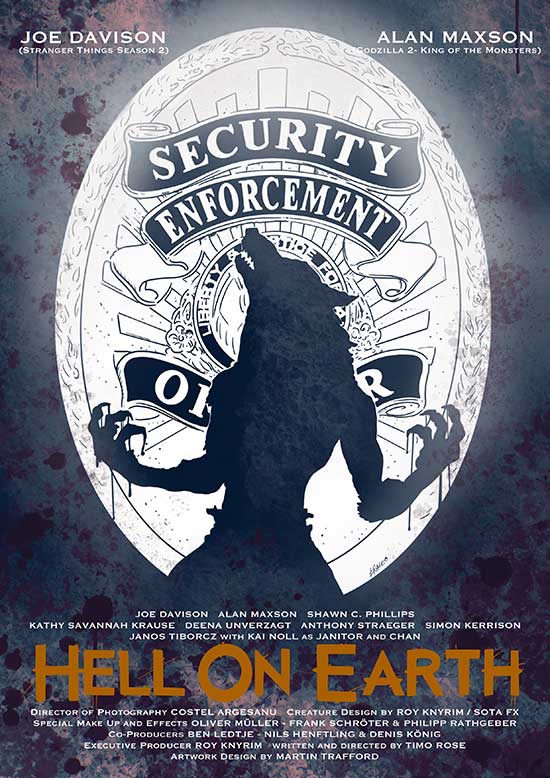 New to the cast :

Simon Kerrison (Peaky Blinders, Fantastic Beasts and where to find them)

„I am very happy to be part of his journey yet again. And I know „Hell on Earth“ will be funny, scary, and gorey. Timo spares no blood when it comes to shooting one of his films.

„Hell on Earth“ is right up my alley as a horror comedy. And working with Timo as an actor is a delight because he’s a fantastic director. Easy to bounce ideas off of on the fly which allows favorable moments that are unscripted.“

„“I’m so happy to be part of this bloody and exciting project. There are so many things I’d love to tell you about the script but let’s just say, I will get to bring to life a gruesome performance that has been on my bucket list for a long time! Hell On Earth will be one to remember, that’s for sure!”

„I’m really looking forward to getting to work with Timo Rose in person.

This will be my first project out of the country. And I’m so excited about it. It’s a really fun role and I know it’s going to be a film that  people love.“

And the chick has a shower AND fight scene, lovin it!“