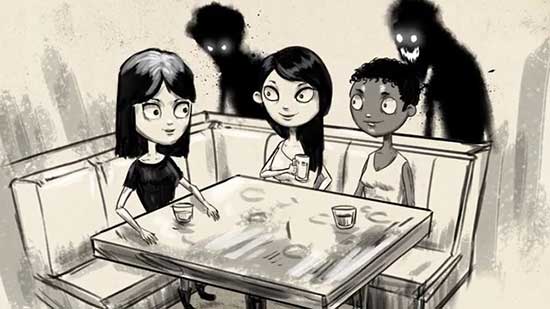 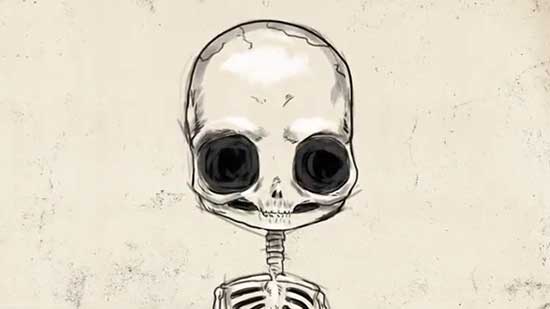 More short films, kiddies! Today we have GHOST GIRL, a long form music video by District 97. This song is from their newest album, SCREENS, available now on Spotify. The video is animated, or more to the point its an animatic. Think about a motion comic. The artwork was created by Hoa Han and the animation was done by Monkeyhut VFX. The video was directed by Christopher Kezelos.

Singer Leslie Hunt and drummer Jonathan Schang wrote this story about a little girl who sees ghosts and demons everywhere she goes. 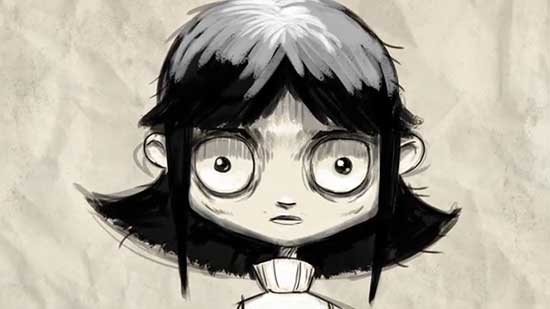 This is a gothic rock opera, telling the story from the girl’s perspective. How no one believed her except her mother. How the years go by and how she learns to live with this only to learn that it wasn’t her fault any of it happened. 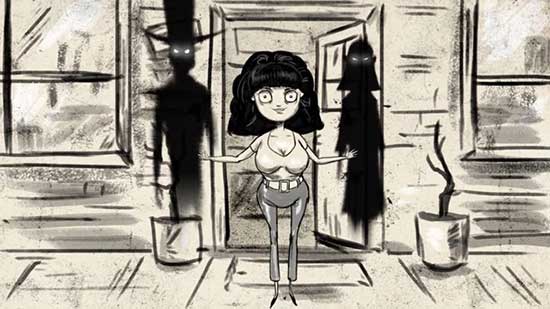 Musically, I like it. I’m a sucker for this sort of grandiose rock storytelling style, being a fan of artists like Meatloaf and Tenacious D. Ms Hunt is a strong and emotive vocalist, and tells the story effectively. I can’t help but wonder if the unfortunate life of the ghost girl is a metaphor for something else, which would be not unexpected in this sort of medium. But even taken at face value, as the story of a girl experiencing supernatural events that scare her, its really good. 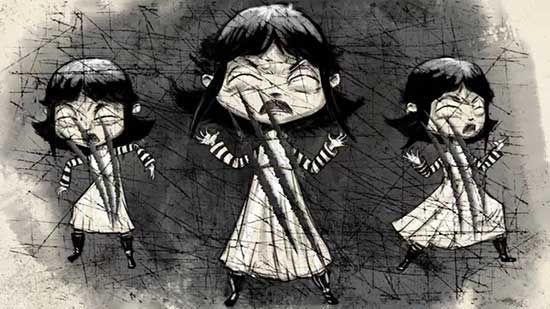 Visually, I am in love with this video. The illustrations by Hoa Han are simple yet complex. Has the feel of Tim Burton’s early years, cute and creepy at the same time. The artist does not shy away from more gruesome imagery, which goes to show how the ghost girl has been affected by it all. Its not gratutious or excessive, but absolutely necessary in fully relating the tale.

Overall, this is good stuff, you guys. Whether you like the music, the story, or the art, there’s something to like in this video for everybody.