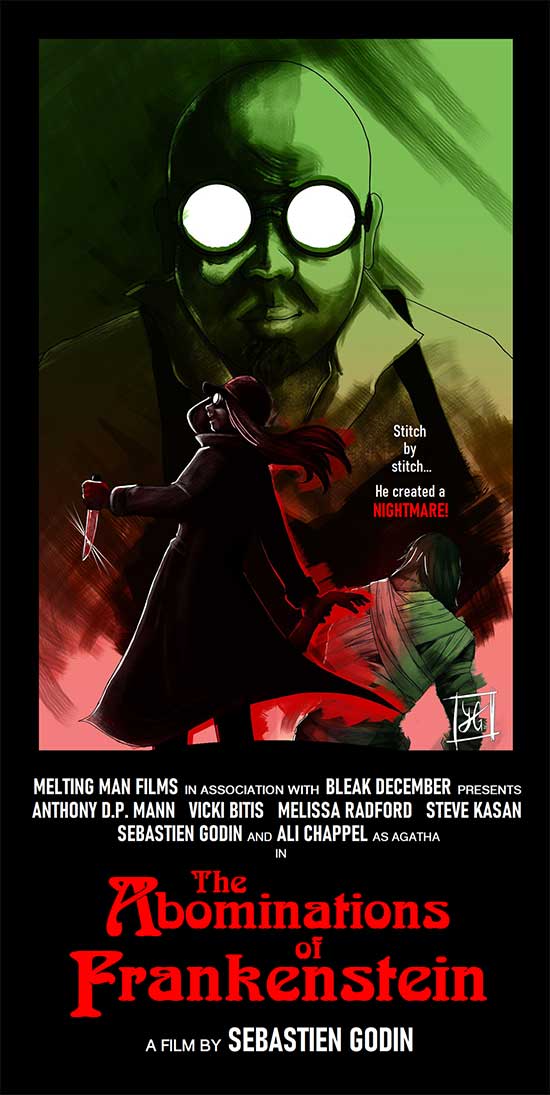 Having found a way to survive throughout the centuries, the depraved Baron Heinrich Von Frankenstein (Anthony D.P. Mann, Terror of Dracula, Return to Frightenstein) and his murderous assistant Clerval (Vicki Bitis, Blood Rites of the Vampyr) are on a bloody quest to continue their mad experiments. Haunted by his monstrous past and tormented by the spiteful ghost of Mary Shelley herself (Melissa Radford, Bleak December’s The Wicker Man), Frankenstein is about to unleash his abomination upon the world!

A stylish, blood-soaked perversion of the classic story, taking cues from the works of Jess Franco and Andy Milligan.

Tags THE ABOMINATIONS OF FRANKENSTEIN