Krampusnacht Arrives on your Holiday Playlist 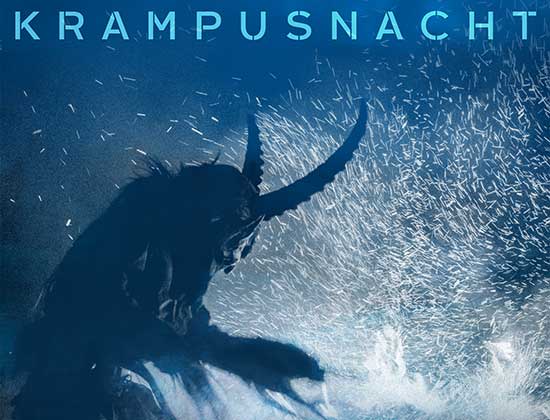 From The Shining to Black Christmas, the holiday season has always been an inspiring time of year for horror filmmakers, but while your streaming cue might be overflowing your dark Christmas music playlist hasn’t gotten the same love.

This year, Phantom Astronaut is changing that with the release of eerie trip-hop track Krampusnacht featuring The Seawolf with haunting vocals by Cyr3n.

Phantom Astronaut, the musical alter-ego of horror creator Dekker Dreyer, has had his sound described as “a mash-up of Twin Peaks and 2001 with a Sigur Ros soundtrack produced and remixed by Massive Attack,” by Good Men Project and he’s returning to his horror roots this Winter with this ode to our favorite Christmas demon, Krampus.

Joining him is The Seawolf, an emerging artist working in the pagan lo-fi genre. Music magazine, York Calling, describes his style as, “what a Viking experiencing an existential crisis might listen to”.

“When I was recording Krampusnacht I wanted to combine that lonely feeling of Winter in a forest with some supernatural energy. Winter is such a strange time full of pagan rituals and unusually dark traditions; I want to see more artists releasing holiday songs that don’t fit into the usual boxes, ” says Dekker.

Krampusnacht is currently available on Spotify and most streaming platforms.