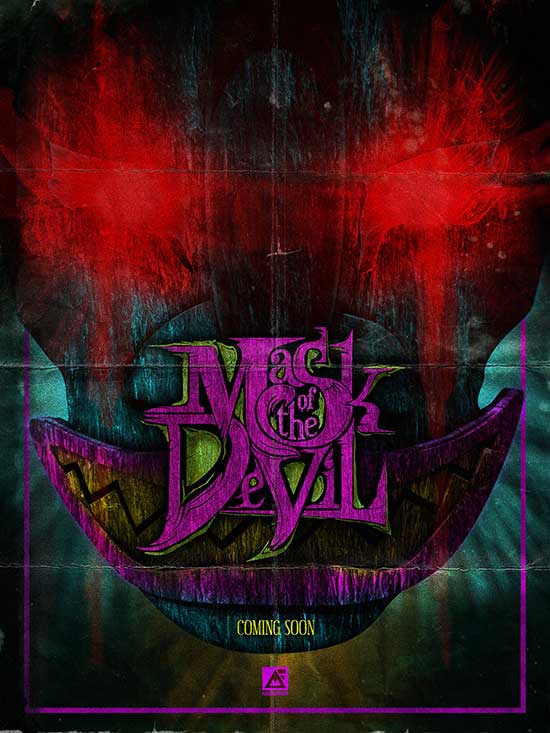 Receiving 15% of their goal in the first 24 hours of launch, the project is garnering plenty of support so far, and will run until 11th January.

Following the success of their previous features, the team have embarked on another ambitious feature film project, and they’re hoping for lots more support from the horror community to get it made.

“Mask of the Devil” promises a throwback to the vintage golden era of slasher movies and wants to create both a new horror icon and scream queen.

“West Africa, late 19th Century.  A British explorer pillages a sacred ceremonial mask with supernatural powers from its tribal home.  In present day England, a fiery young woman named Mary takes a job at a low-rent pornographers in order to gain financial independence from her over-bearing parents.  When the Mask of the Devil finds its way on to set, it wreaks havoc, and unleashes unimaginable carnage on the ill prepared cast & crew.  Will Mary & her new acquaintances be able to defeat the evil, and banish the curse of the Mask of the Devil…?”

The film promises to focus on themes relating to consumption of independent productions in both the horror and pornography demographics – and cast members are being revealed throughout the crowdfunding campaign.

Relying heavily on practical effects, the film will be a character driven exploration of some pertinent social and moral issues, as well as appealing to horror fans with a penchant for gore!

There’s lots of great rewards available for backers, but some are limited, so you’ll need to get in early if you want things such as copies of the movie with behind the scenes footage, interviews with cast & crew, tee shirts & more great merchandise!

If you’d like to take a look at the campaign on Kickstarter, and maybe even contribute to getting the film made, check out the link below:

Mask of the Devil Kickstarter

Alternatively, you can visit: