NEW YORK, N.Y., December 17, 2020 – Crackle Plus, a Chicken Soup for the Soul Entertainment (Nasdaq: CSSE) company and one of the largest operators of streaming advertising-supported video-on-demand (AVOD) networks announced today the U.S. premiere of its original series Insomnia, launching on Friday, January 1. 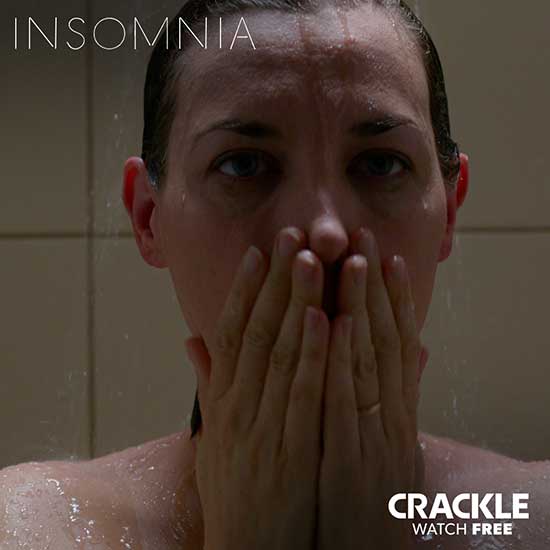 Set in the streets of Moscow, Russia, the eight-part series chronicles the story of twenty strangers from around the globe who are forced to play the ultimate game of life and death. There can only be one winner and time is of the essence. Injected with a poison that will stop their heart if they fall asleep, contestants must kill or be killed for the antidote and a new life.

“Insomnia combines chilling suspense with nonstop action that our audience will love,” said Philippe Guelton, president of Crackle Plus. “We are thrilled to add this sci-fi series to Crackle’s growing slate of original programming.”

As one of the only AVODs continually adding original and exclusive programming Crackle adds Insomnia alongside original and exclusive titles that can only be found on Crackle, including Elliot: The Littlest Reindeer, A Reindeer’s Journey, Lennox Lewis: The Untold Story, Robert the Bruce, Spides, Cleanin’ Up the Town: Remembering Ghostbusters, On Point, The Clearing, Corporate Animals, and Going From Broke, which was recently picked up for a second season.

Insomnia is distributed in the United States by Screen Media, a Chicken Soup for the Soul Entertainment company, and the supplier of exclusive and original content for Crackle Plus.

Crackle linear and VOD networks are available in the U.S. and can be accessed on 29 devices and services including Amazon FireTV, RokuTV, Apple TV, Smart TVs (Samsung, LG, Vizio), gaming consoles (PS4 and XBoxOne), Plex, iOS and Android mobile devices and on desktops at Crackle.com. Crackle is also available in approximately 500,000 hotel rooms in the Marriott Bonvoy chain.