Texas goth-rock band IN A DARKENED ROOM has unveiled their new video for the song, “Final Vows.” This is the third single off of their debut album slated for release in 2021. The video made it’s premiere on ReGen Magazine 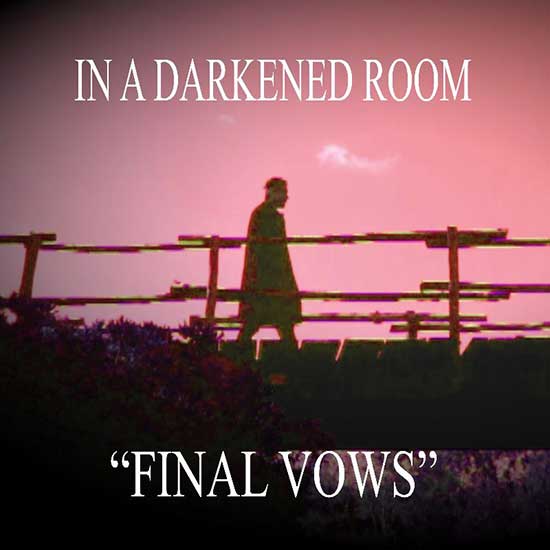 “Final Vows was written about a love lost, and the realization of knowing as things pass and change with time, they sometimes leave a trace of what was. The feeling that time may come and go, but the strongest emotions we experience leave an imprint on this world, and we sometimes unknowingly search for these remnants again. The song is about feeling something special, whether it be a person or an idea, and having to say goodbye to those things, and wandering the Earth wondering if you will ever find them again.”

An introduction to IN A DARKENED ROOM began in the winter of 2020 when (singer/guitarist) CJ Duron, welcomed bass player Svia Svenlava, and synth player Kandi Keys. The group wanted to work with a decidedly darker sound than their previous music projects. The subsequent pandemic appearing that spring aided in the atmosphere of dread and uncertainty. The band quickly began creating melancholic, gothic anthems that echoed their sentiments of love and loss, veiled with a dream-like sensuality. Warm, lush basslines and cavernous reverb flail the walls while deep croons lull you into sense of weightlessness. The band is on mission to capture the height of passion, and depths of basic human emotion. Music that is best experienced and listened to, In a darkened room.

Tags IN A DARKENED ROOM