In a lawless world, destroyed by disease and violence, Ornella finds herself a prisoner of Udolfo inside a lonely fortress. To survive, the girl must accept the bestial love of this man, a killer enslaved by his cannibal consort Vera, and become an accomplice of the couple. 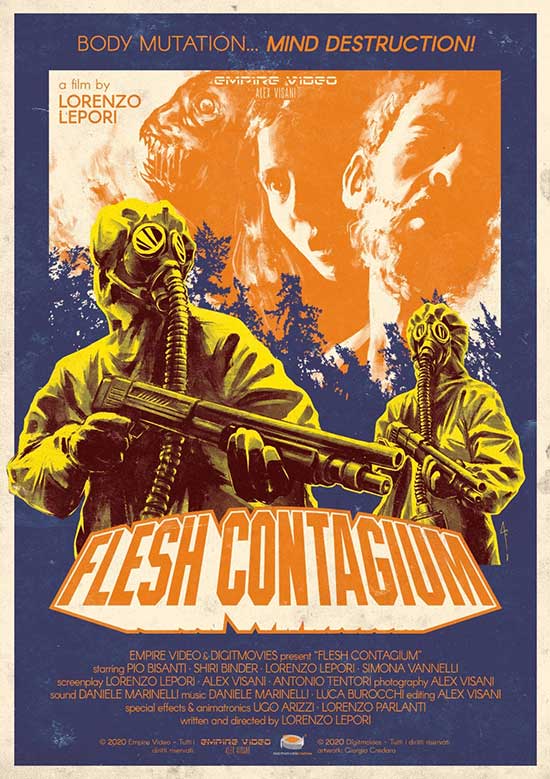 Both Udolfo and Vera are physically and mentally devastated by mutations, but they represent no worse danger than the sadistic Executors who march relentlessly outside the fortress. Before it is too late, Ornella will have to make a fateful choice and know the last, definitive horror.

Inspired as much by the rough effectiveness of Bruno Mattei’s post-atomic cinema as by the decadent eroticism of Jesus Franco, the film follows its own path poised between a dark fairy tale and the western, between the natural beauty of the locations and the aggressive dynamism of special effects, in a hallucinated and dangerous atmosphere.

Also there will be a special VOD preview on December, 18th. The movie will be available on Vimeo just for one day!