Silk’s newest solo series, written by acclaimed novelist Maurene Goo (I Believe in a Thing Called Love, Somewhere Only We Know) and drawn by superstar artist Takeshi Miyazawa, will make its long-awaited debut this March! Back in 2014, Silk took the comic book world by storm when readers learned that Peter Parker wasn’t the only one who was bitten by the radioactive spider in Amazing Fantasy #15. Equipped with unique spider powers of her own, Silk quickly proved to be one of Marvel’s most fascinating new heroes and will now embark on thrilling new adventures packed with action, drama, and surprising new threats. 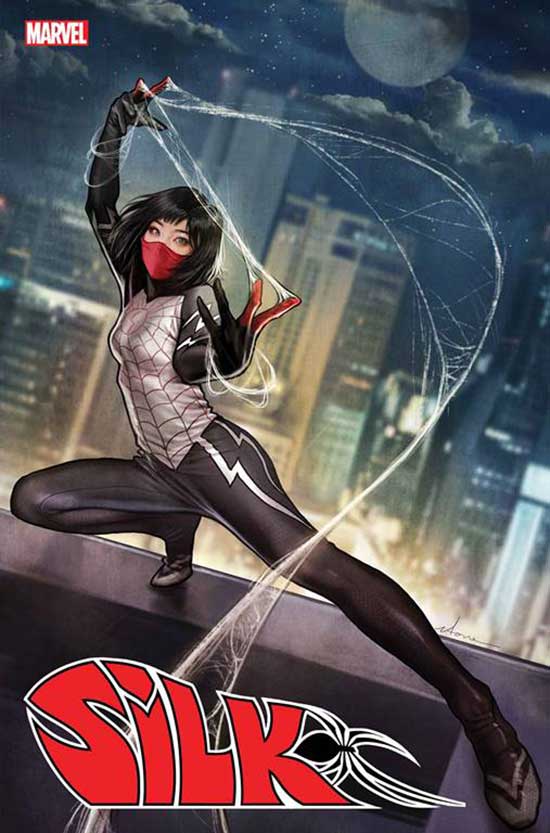 By day, Cindy Moon works as an intrepid reporter for the upstart new media empire, Threats & Menaces, under her old boss, J. Jonah Jameson. By night, she’s Silk, crime fighting super hero! But those worlds are about to collide as an investigation into a series of gangland murders puts Silk and everyone she loves in danger. Who is this powerful new player in New York’s underworld, where did she come from, and what is she doing with that strange cat demon? It will take all of Cindy’s prowess as reporter and hero to find the answers…and stay alive!

“The opportunity to write a Korean-American super hero—a woman, no less—is one that I never thought would come my way,” Goo said when the book was announced earlier this year. “I’m so excited to flex this writing muscle and to explore new stories for Silk—a character I love. Her fierceness and loyalty are qualities I understand and relate to, and I hope readers feel the same as she fights new foes and protects old friends.”

Don’t miss a beat of the latest saga of Cindy Moon when SILK #1 swings into comic shops in March! For more information and a look at some amazing variant covers, head over to Marvel.com.