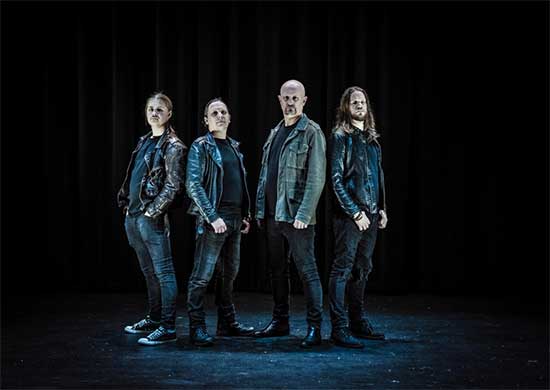 The album marks the band’s return to Napalm Records after 25 years, and the release of their legendary Dragons Of The North album (1996), which will be re-released as a re-mastered version on February 26 as well. The Norwegian metal outfit remains musically true to themselves and reinforces their exceptional position. 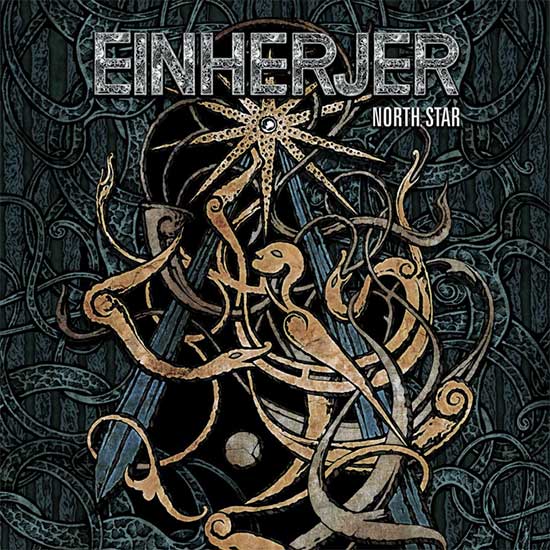 Stomping drums and gloomy guitar chords paired with ice-cold vocals guide the way to the first single taken off North Star – “Stars” draws the listener into the icy, dark world of EINHERJER!
EINHERJER on “Stars”:
“’Stars’ have many meanings. The night sky is vast and can be overwhelming. Throughout history man has turned to the stars to find answers to all kinds of questions. “Stars” takes you on a musical journey in classic EINHERJER style. A timeless journey. Without borders. Limited only by your own imagination. And as usual, no bullshit! Just proper Norse Heavy Metal!”
North Star was recorded in the wake of the Covid-19 pandemic at the in-house Studio Borealis, owned by founding member and mastermind Frode Glesnes. The raw production ties in seamlessly with its predecessor Norrøne Spor and makes North Star probably the most powerful EINHERJER album to date! North Star is EINHERJER’s musical mission towards something bigger – the search for guidance by the North Star in a constantly changing world that is searching for stability.
EINHERJER on North Star:
“North Star is our 8th full length album, and follows in the (Norse) tracks of Norrøne Spor. The North Star is a symbol with numerous meanings. It can be guidance, or it can be a personal mission. Something to reach for. It’s the Anchor of the Northern Sky. We need something steady in this rapidly shifting world we live in. The North Star album is us reaching for something greater. Developing ourselves through a musical journey in classic EINHERJER style – no bullshit, just proper Norse Heavy Metal!”
Tracklist North Star:
1. The Blood And The Iron
2. Stars
3. West Coast Groove
4. Ascension
5. Higher Fire
6. Echoes In Blood
7. Listen To The Graves
8. Chasing The Serpent
North Star will be available in the following formats:
– LP Gatefold Vinyl Marble Green transparent with black + Slipmat + Poster – strictly limited to 200 copies (Napalm Records mailorder only)
– LP Gatefold Vinyl Gold – strictly limited to 300 copies (Napalm Records mailorder only)
– LP Gatefold Vinyl Black
– 1 CD Digipack
– Digital album
Pre-Order your copy of North Star NOW!

EINHERJER to Re-Release their groundbreaking debut album Dragons Of The North in the year of its 25th anniversary in a re-mastered version. 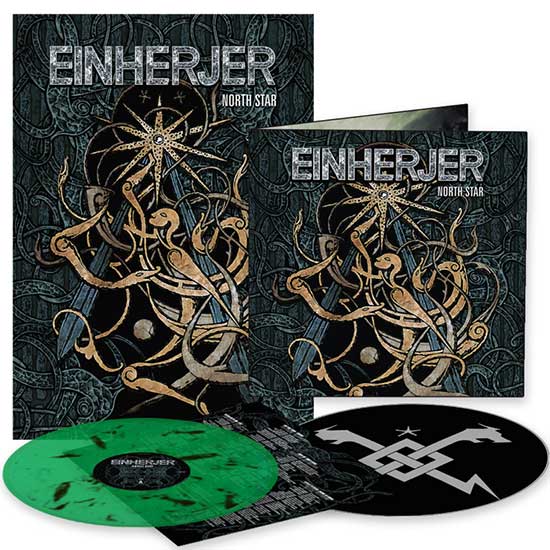 The seminal work of pioneering Viking Metal masters EINHERJER has stood the test of time and has a legacy that continues to this day. The 1996 classic album Dragons Of The Northhas paved the genres path for years to come and will now be re-released after its initial release on Napalm Records 25 Yyars ago!

Available as Black Vinyl Gatefold LP, as well as Blue/White Vinyl Gatefold LP (limited to 300 copies), this is a must have for fans of early northern Viking Metal with Black Metal inspired production and sound!
Tracklist Dragons Of The North:
1. Dragons of the North
2. Dreamstorm
3. Forever Empire
4. Conquerer
5. Fimbul Winter
6. Storms of the Elder
7. Slaget ved Hafrsfjord
8. Ballad of the Swords
Dragons Of The North will be available in North America in the following formats:
– LP Gatefold Vinyl Inkspot Blue/White & Poster – strictly limited to 300 copies (Napalm Records mailorder only)
– LP Gatefold Vinyl Black & Poster
– 1-CD Jewel Case 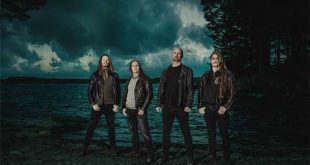