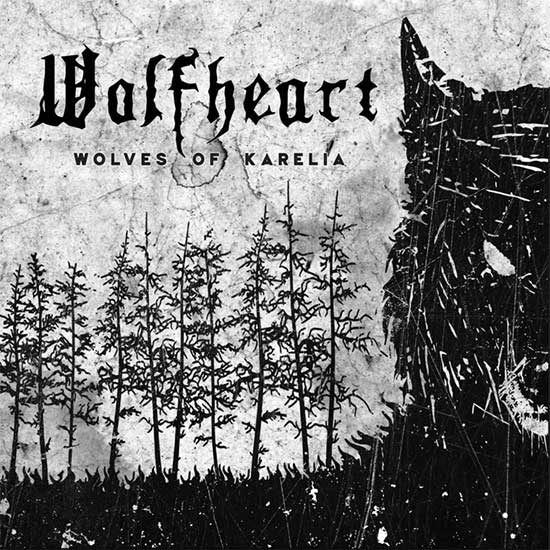 Tickets are available NOW for just $9 USD via TicketSpice.com. The stream will be available to view for 72 hours after its initial stream time. More details on the stream itself are also available at the same location.
During this event, WOLFHEART will perform their debut studio album, Winterborn, in its entirety, plus favorites and rarities scarcely ever performed live, in celebration of Winterborn reaching over 10 million streams via Spotify and YouTube combined. This is an absolute must-see for any diehard WOLFHEART supporter! The stream will also include bonus footage such as fan-chosen multi-instrumental tutorials and exclusive band Q&As. 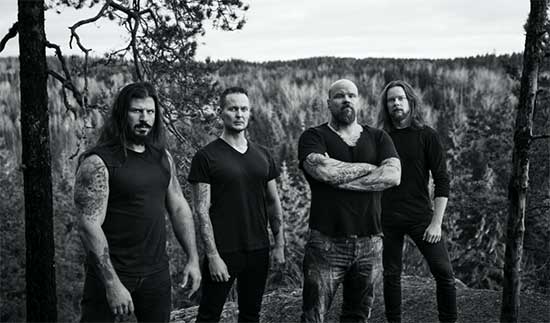 That’s not all – January 20 will also bring more exciting news for hardcore WOLFHEART fans – stay tuned on this day to learn details about upcoming new music from the band!
Frontman Tuomas Saukkonen says:
“After hitting the brick wall of 2020, we had some unexpected free time to look into the past while diving into writing mode and getting ready to kickstart 2021 with a new release. Our dear debut album ‘Winterborn’ has reached 10 million Spotify+YouTube plays and we wanted to celebrate that by making a special studio live experience and play the whole album through, adding a few selected gems into the setlist.”
Get tickets & learn more about WOLFHEART’s upcoming virtual studio performance HERE
WOLFHEART’s most recent full-length album, Wolves Of Karelia, was released in April 2020 to wide acclaim! Just as wildlife itself maintains harmony with a violent clash of beauty and unpredictability, Wolves Of Karelia explores the band’s previously coined genre of “winter metal” – smoothly bridging a traditional approach of extreme genres while maintaining atmospheric and acoustic elements.
The album’s lyrical and musical content is inspired by the Winter War waged between Russia and the band’s native country, Finland, which took place during the winter of November 1939-March 1940. Finland ultimately managed to stop the Russian troops from invading their country. WOLFHEART mastermind and frontman Tuomas Saukkonen was inspired by the personal stories of local veterans, conveying the tales of what they experienced and survived from their perspectives. Somber, frostbitten and heroic, Wolves Of Karelia portrays these tales with stunning musical precision.
Order Wolves of Karelia NOW!
Watch new videos from Wolves of Karelia below:
Ashes
Hall of Steel
The Hammer
Reaper
Horizon on Fire
WOLFHEART is:
Tuomas Saukkonen: Guitar, Vocals
Joonas Kauppinen: Drums
Lauri Silvonen: Bass, Backing Vocals
Vagelis Karzis: Session Guitar
Share