Serena Ryen & Ethan Itzkow of Schmeh Films, the award-winning team behind the film “CASHED” (now streaming on Amazon Prime Video) are thrilled to announce their new anti-racism social horror film, HIGH SCORE, makes its West Coast premiere at the Oscar®-Qualifying HollyShorts Film Festival on Monday, November 16, 2020. Audiences can catch the film on BitpixTV.com from November 16th – 22nd as part of the HollyShorts Film Market via the festivals official viewing portal at: bit.ly/36irtFs. Over 400 films will play throughout the festival, selected from 6,000 submissions.
HIGH SCORE follows a burgeoning white supremacist as his personal life unravels and he descends into an abyss of online radicalization and extremist conspiracy theories. The story addresses the real-life consequences of misinformation and hate speech proliferating unchecked on the internet – a dangerous contributor to the turmoil of the 2020 Presidential Election.
The film’s award-winning directors Serena Ryen & Ethan Itzkow said: “‘High Score was born of our need to drag the violent hatred fermenting in the shadows of our media into the light and to explore the almost supernatural power of the internet to amplify extremist ideologies. We’re thrilled and honored to screen the film at the 16th Annual HollyShorts Film Festival, which so beautifully champions artistic expression as a mode of social activism.”
HIGH SCORE won Best Short Film and Best Actor (for star Ethan Itzkow, of the hit Netflix series “YOU”) for its world premiere with the Chelsea Film Festival in October. HIGH SCORE raises the genre bar with its adept storytelling and finger on the pulse of transformative filmmaking.
Filmmakers Serena Ryen & Ethan Itzkow of Schmeh Films won Best Short Film for their first collaboration “CASHED,” which is streaming now on Amazon Prime Video. The film won a slew of awards during its multi-year festival run including Best Dramatic Short and Best Cinematography (CICHFF), Best Actress (CICHFF & CIAFF), Audience Choice Award (HollyShorts Monthly Screenings), and a Best Comedy nomination with the Queens World Film Festival. Ryen and Itzkow are also both regularly working actors. Itzkow won Best Actor from the Chelsea Film Festival (called a top 10 Best Film Fest by USA Today) for his work in “High Score” and he can be seen in TV shows like the hit Netflix series “YOU” starring Penn Badgley. Ryen has performed opposite stars like Ron Rifkin and toured the world in multiple stage productions. She has performed on some of the most illustrious stages in the country, like Carnegie Hall and the Tony Award Winning Cincinnati Playhouse in the Park. For more information, please visit www.schmehfilms.com.
Click here for the festival’s complete lineup
Click here to view HIGH SCORE via the HollyShorts official viewing portal.
Share 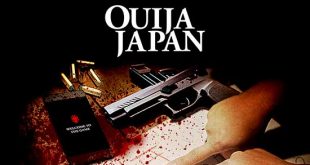