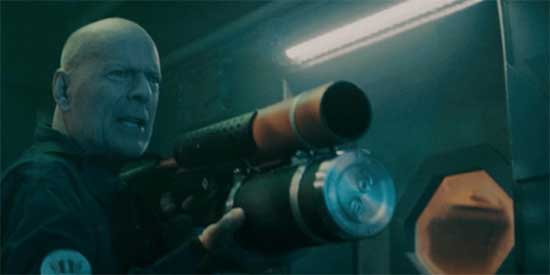 Saban Films will release the sci-fi action film BREACH in Theaters, On Demand and Digital on December 18, 2020.

SYNOPSIS: Bruce Willis stars in the action-packed, sci-fi thriller. Fleeing a devastating plague on Earth, an interstellar ark comes under attack from a new threat; a shape-shifting alien force intent on slaughtering what is left of humanity.