The whodunit creature feature stars Steven Morana (Whiskey Business) and Holly Deveaux (The Mist) as a couple attending the launch party of their gaming app Werewolves Awaken, but when a guest is mysteriously found dead, they question who could be the killer, as everyone becomes a suspect and player in a deadly real-life version of the game. 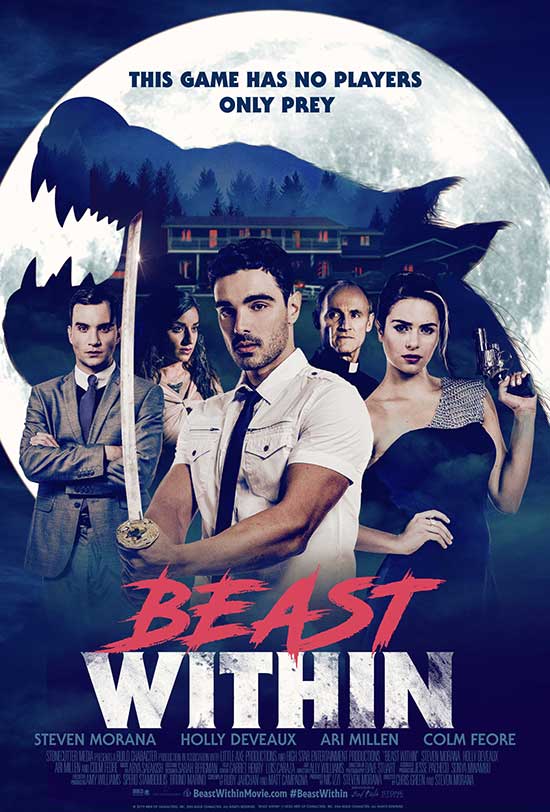 Morana who co-directed with Chris Green (Zombie Werewolves Attack) and co-produced with Nic Izzi (1BR) plays the timid tech genius turned action hero and his martial art background contributed to him doing all his own stunts during the confrontation with the werewolf.