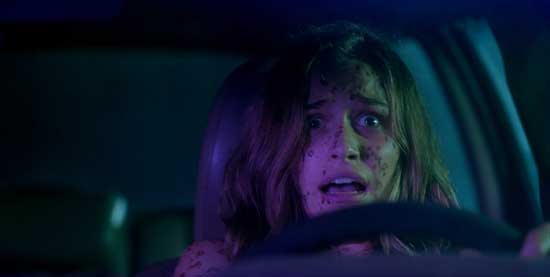 RLJE Films, a business unit of AMC Networks, has picked up select rights to SCARE PACKAGE, from Shudder, AMC Networks’ streaming service for horror, thriller and the supernatural. SCARE PACKAGE releases on VOD, Digital HD, DVD and Blu-ray on October 20, 2020. 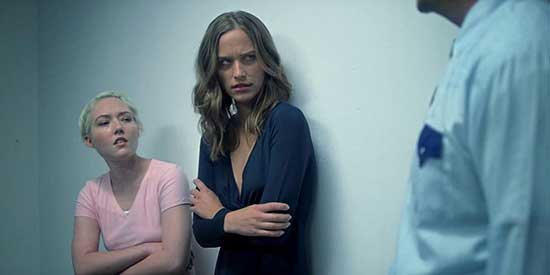 Hi Zoe, how are you?

Zoe-I’m doing good. How are you?

HNN-I watched Scare Package and its awesome. It’s like every fun horror movie I watched as a kid.

Scare Package is fifty different movies in one. The way they poked fun at the genre was funny. How did you get involved with Scare Package?

Zoe- I came in to audition. They were auditioning in groups of like, one jock, one virgin, and all of that. The way that Aaron (Director, Aaron B. Koontz) worked with the actors in the audition was so human, so kind and helpful, and so much fun. I was like, that’s a win there. I want to work with this guy. During the audition, I asked how are you guys going to do all of this stuff in here. I was like, what is the plan for this crazy stuff. They said everything was going to be practical effects. I was like, I have to be there. This is going to be the coolest thing ever. 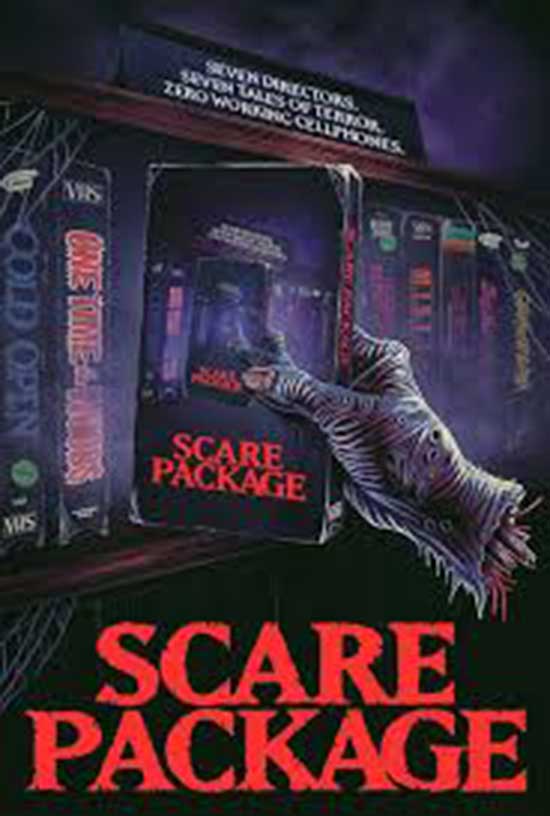 HNN-That’s awesome. You were kicking ass and you’re covered in a massive amount of blood. Legit, it looks like they drenched you in blood. What was it like shooting?

Zoe- Yeah, people keep on saying that to me today. There’s a scene that I think was deleted. I keep on saying, I hope it’s on the DVD because it was so much fun to shoot. It was as if I had jumped into a swimming pool full of blood. It was drenched in a whole other way. I was picking blood out of my fingernails and my ears for a week. It was amazing. This is the first horror movie I have worked on. I was really excited to do all of the practical effects and get to be part of that and see it. Then you get a point where you’re sitting in a car and your sitting in a pool of warm blood. This is awesome and very strange but cool.

HNN-What was it like working with this cast and the directors?

Zoe- It was wonderful. I got to do a couple of scenes with Chase Williamson towards the end of the segment. It was so hard not to laugh at what he was doing. We shot the movie pretty much sequentially. Then when it got to the scenes where we were alone together and he’s playing this wild character, absolutely in my opinion was not on the pages. This is something that he developed and came up with. It was the funniest thing. 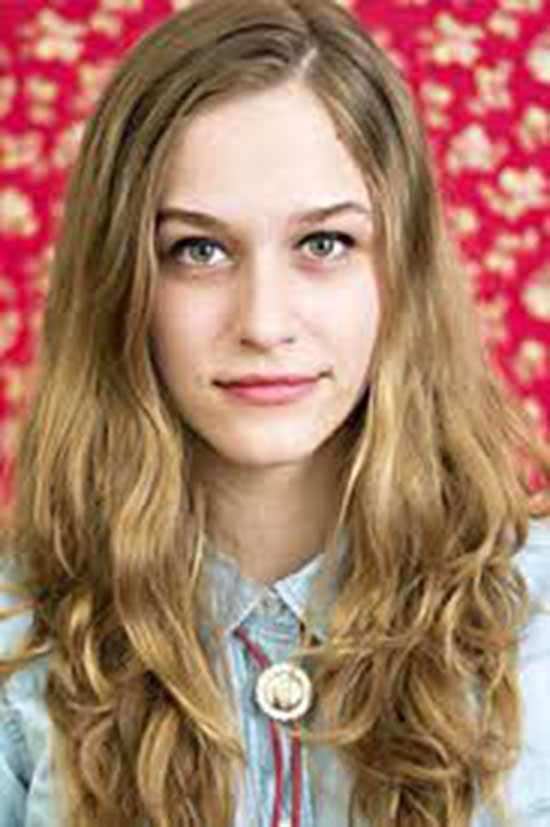 HNN-What are you working on next?

Zoe- I’m not. I live in Austin, Texas. Our film scene is already smaller than working in L.A., small but mighty. I’m knitting sweaters and hanging out and seeing a friendly face over zoom.

HNN-What do you want to say to everyone that will be watching Scare Package? This is such a fun, gnarly movie.

Zoe- I think it would be cool to know that all of the practical effects in Horror Hypothesis. There is no CGI in it. 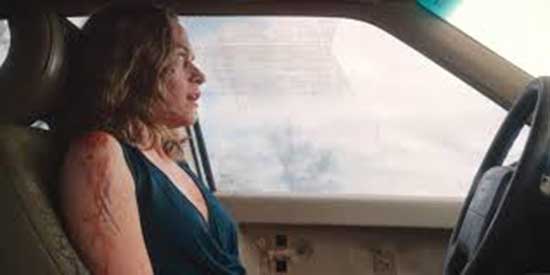 HNN- Thank you, Zoe. This was such a fun movie. You guys did such a good job.