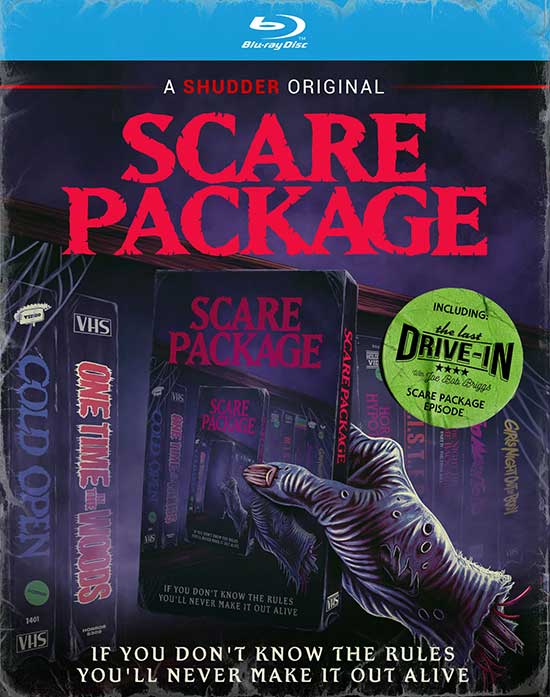 RLJE Films, a business unit of AMC Networks, has picked up select rights to SCARE PACKAGE, from Shudder, AMC Networks’ streaming service for horror, thriller and the supernatural. SCARE PACKAGE releases on VOD, Digital HD, DVD and Blu-ray on October 20, 2020. The horror comedy stars Jeremy King (The Pale Door), Noah Segan (Knives Out), Toni Trucks (“SEAL Team”), Chase Williamson (The Guest), Baron Vaughn (“Grace and Frankie”) and Joe Bob Briggs (“The Last Drive-In with Joe Bob Briggs”). RLJE Films will release SCARE PACKAGE on DVD for an SRP of $27.97 and on Blu-ray for an SRP of $28.96.

These releases contain extensive bonus features including a Creators Commentary track with creators Aaron B. Koontz and Cameron Burns, bonus segment Locker Room Z, The SCARE PACKAGE Blooper Reel, Rad Chad’s Rad Ad, and the Original Not-As-Good Ending. And for the first time ever on a physical medium, the SCARE PACKAGE episode of Shudder’s “The Last Drive-In with Joe Bob Briggs” is available exclusively on the Blu-ray.

Bonus features on the DVD include:

Bonus features on the Blu-ray include all of the above, as well as: 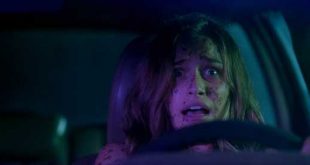