Home | News | HABITUAL in Theaters and VOD on November 13th 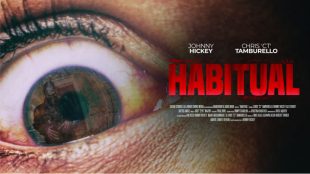 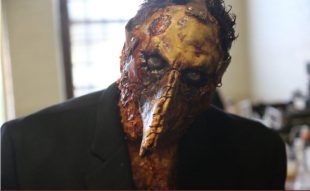 SYNOPSIS
A fistful of drug-popping ravers take a heavy dose of something new and unusual that leads to a hellish trip to an (underground rave party) called “Habit”, at an abandoned asylum in Salem, Massachusetts. Dancing and getting wasted all night drastically morph into chaotic hallucinations; as the plot unfolds, the characters fall deeper into a metaphorical mind-bending hole. The Habit’s walls, halls, and stairwells spell captivity for the young partygoers, who eventually spiral into horrifying paradoxes, blurring the line between nightmares and reality.

OVERVIEW
”Habitual,” is the second feature film from writer/director Johnny Hickey, known for his drug cult classic “Oxy-Morons”. For “Habitual,” Hickey kept the theme in his macabre wheelhouse, but also dove much deeper into horror territory in order to capture the nightmare of the current fentanyl scourge.

Hickey wanted “Habitual” to be in the world of the drug epidemic, but he didn’t want it to be a true event movie [like Oxy Morons],” making the real underlying message that drugs are always going to be here whether you like it or not, and more than ever young people around the world need to think twice before taking them. Anti-drug bona fides aside, “Habitual” is no after-school special. This film is a bloodbath highlighted with intense make-up effects and some seriously horrifying backdrops.

Dares have been made with cult audiences attempting to view the film while under the influence of hallucinogens. Although that is not recommended, it’s a sure way to twist your mind enough to never wanna try or do hard drugs again. A seventeen year-old male who attended a private screening while under the influence of LSD, was placed in a harm reduction center directly after leaving the showing.

Hickey and his team were able to film at the abandoned Westborough State Asylum, as well as a comparably haunting complex on the grounds of Tewksbury State Hospital’s old asylum for the criminally insane. While the film targets the horror genre, it’s a psychological drug thriller that taps into Johnny Hickey’s niche storytelling of the collateral damage done by drug abuse.