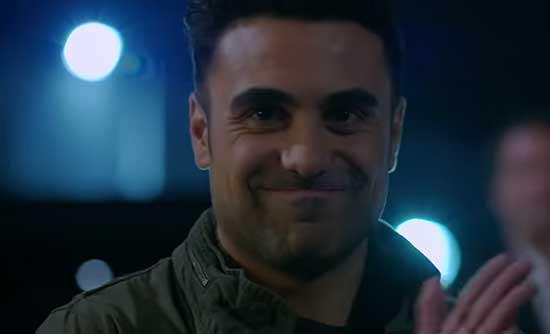 George Janko stars in the film, No Escape. He took time to talk to Horrornews.net about his first feature film role.

HNN- Hi George, I watched No Escape and it was a fun movie. I talked to Will and he said, you added the authenticity being a YouTube personality. How did you get involved with No Escape?

G.J.- My agent called me and he said, hey, I have this horror flick for you and I turned down maybe fifteen horror flicks. I didn’t want to be a part of it. I didn’t want to be a part of any scary movie because it’s so easy to get trapped in a cheesy film. I kind of came from a different aspect. As a social media star, I already had this so-called presence in Hollywood. The one thing I didn’t have was the respect behind the name and so, I may have been known but Hollywood doesn’t care, they don’t care that I have millions of followers. They want to make sure I’m an actor, there’s a respect to it. I had to jump this hurdle of transferring from a YouTube star to an actor. I didn’t want to put myself in a position where people could say, “oh, this is why you should stay on the internet because this movie sucks.” It’s rare for horror to be done right. He said, read the script and if you like it, do it. If you don’t like it, don’t do it. I said, okay and I read the script and, at the end of the script I called my manager and I said listen I’ll do whatever the hell it takes to be a part of this movie. 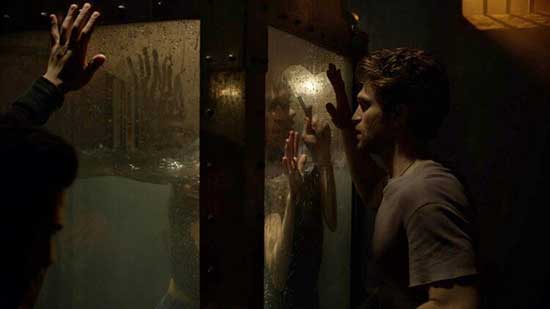 HNN-You did a great job. There is that emotion and intensity in the character.

G.J.-I appreciate that. It was definitely a blessing.

G.J.- The ending is the reason why I wanted to be a part of the movie. It was written so well. You need good writing. This movie will keep you on your toes.

What was it like for you working with Will?

G.J.- This is my first movie I’ve ever done. The first day on set he made it clear that we’re friends. We got together and I realized that this guy makes me feel so comfortable. He brought so much to the table. 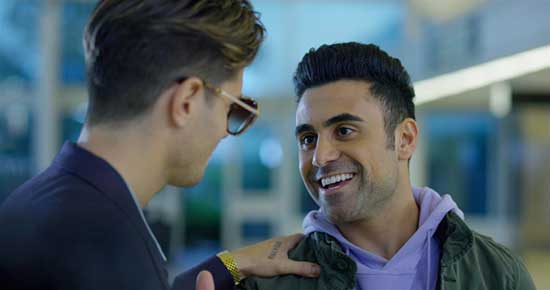 HNN- Did any of the actors come to you for advice? You have such a great social media influence.

G.J.- Keegan who plays Cole joked around and asked me like, how does so and so do this. He didn’t have to ask me that much, the kid is like a sponge, he absorbed everything he was watching. He mimicked it and you can tell when you’re with a professional actor versus someone who is trying to be an actor. This kid came and hit the ball out of the park, you watched the movie, you could tell. He crushed this role.

HNN-What’s next for you? Do you have any other projects?

G.J.- This year has been tough but let’s finish it off strong. My workload has kind of doubled.

HNN-What was it like working with the cast? When you watch the movie, it feels like you guys knew each other forever.

G.J.- Yes, that was the crazy part. I did not know any of them actually. We got right into it. We became friends. It was a really fun time. For my first movie ever, it was by far one of the best experiences ever. 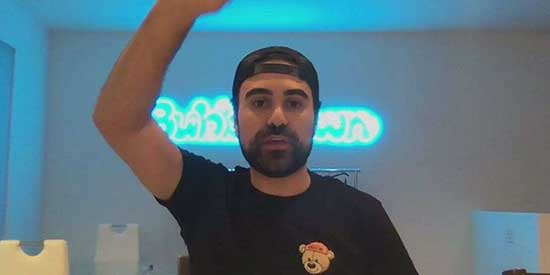 HNN- Thank you so much George. It was great talking to you. 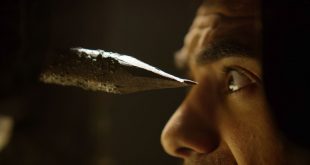 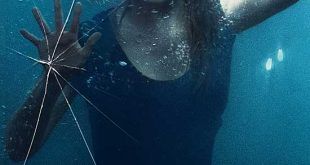 NO ESCAPE- September 18th On Demand and Digital