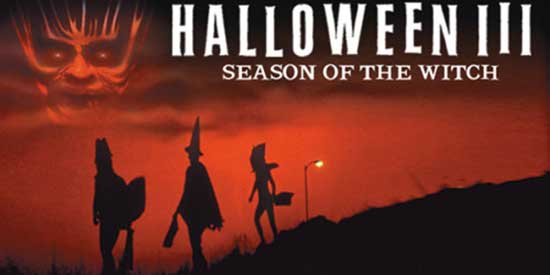 Doctors rarely become involved with their patients’ personal lives, much less become amateur detectives to solve a mystery surrounding a strange patient. Little prompting turns Dr. Dan Challis into an amateur detective. The doctor puts his personal struggles and demons aside to solve a murder. Maybe the philosopher Victor Frankl was right when he said, “An abnormal reaction to an abnormal situation is normal behavior.” The strange circumstances make Challis’ journey a normal response to a bizarre mystery. What the doctor finds at the end of his page-turning mystery is anything but normal.

Frankl wasn’t talking about plots in mysteries, horror stories, and sci-fi movies when he made his statement about the abnormal and the normal. He pointed the thought in his discussion about human nature in his seminal 1946 work, Man’s Search for Meaning. And that might be what Dan Challis sincerely searches for in Halloween III: Season of the Witch (1982). The search for answers at Silver Shamrock’s manufacturing place peripherally centers on the protagonist’s search for meaning.

A mysterious intruder kills an equally mysterious old man, Harry Grimbridge, at a California hospital. The robot-like murderer crushes tGrimbridge’s skull and then sets himself on fire in the parking lot, leaving no flesh and blood remains. Dr. Dan Challis meets the old Grimbridge’s daughter, Ellie. Dan suspects the “Silver Shamrock” mask Grimbridge held had something to do with the events.

Dan and Ellie find their way to Silver Shamrock’s headquarters. The novelty company’s owner, Conar Cochran, does have a secret: he and his android henchman are distributing masks to children all over the United States. When a specific commercial airs, the transmission will engage a microchip with bits of Stonehenge Stone and kill the wearer in gruesome ways. Cochran tells Dan that the massive child sacrifice will bring back the glory days of witchcraft.

Is Dan Challis up for the task of defeating Cochran’s plans? He’s hardly up for his routine personal and professional duties. Challis’ situation was precarious before meeting Ellie, androids, and the devious Conar Cochran. The aloof doctor finds himself divorced from his wife and slowly becoming estranged from his kids. He likely has no one but himself to blame for things.

His ex-wife’s attitude reveals she considers him an inconsiderate and undependable person. We get the impression he’s not taking the necessary time and effort to visit his children. Hints indicate the doctor doesn’t always pick them up or stay in touch. Things will be different this time, as he promises to take them trick-or-treating. Challis’ decision to go off and solve a mystery risks not seeing his kids Halloween weekend. Something pulls him to solve the mystery. Challis may accept the call to get away from his troubled life.

Challis, despite being a physician, doesn’t appear to care about his health. His feelings over his life drive him to drink and smoke. A physician being so unconcerned about his health that he smokes is alarming, although “newly” alarming in 1982, culture-wise. Even so, the behavior tells a great deal about the character. Dr. Dan Challis finds himself adrift in life, and the Halloween mystery adventure provides a cause and some meaning. He makes Ellie’s cause his own, as Challis must prove something to himself, his family, and others. The mystery gives his mundane life meaning. The neglectful, self-centered Challis finally takes on some responsibilities. 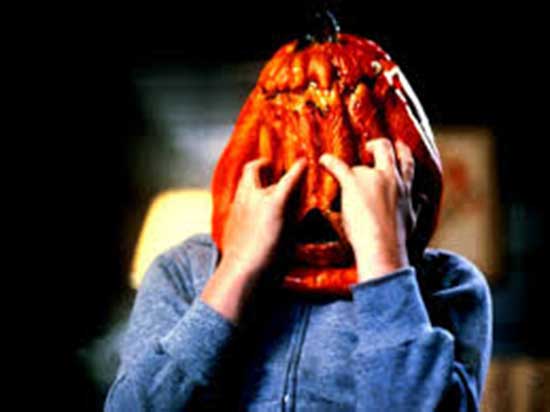 Frankl suggests, “Each man is questioned by life; and he can only answer to life by answering for his own life; to life he can only respond by being responsible.” Dan Challis seems to adhere to the idea.

Everything goes into motion when the android kills Harry Grimbridge while Dan Challis sleeps. The doctor isn’t supposed to sleep when on duty. Did his lapse of responsibility contribute to Grimbridge’s death? Possibly, and Challis may feel guilt. Or, the patient’s death might serve as a triggering event. Challis could feel guilty about shirking responsibilities with his family. Now, ignoring duties on the job might factor into Grimbridge’s murder compounding his inner strife.

“Picking up the kids” becomes impossible in the immediate police questioning after the killing. Rescheduling the visitation creates more friction with his ex-wife and kids. Challis can’t make all visitations because the murder dumps new responsibilities on him. Then seeing Ellie cry after she sees her father’s body moves him. Could he feel a connection with her, as she lost her family, not unlike Challis.

Challis later meets Ellie in a bar and notes her dad mentioned something about how “They…are going to kill us all.” Both Challis and Ellie want to find out who “they” are. The mystery leads them to the ubiquitous Silver Shamrock company.

Why is the doctor doing all this? Perhaps Challis realizes that accepting responsibilities sets a course for one’s own life. Those responsibilities give a person meaning and an identity. The identity becomes positive and admirable when the person succeeds with his/her duties. 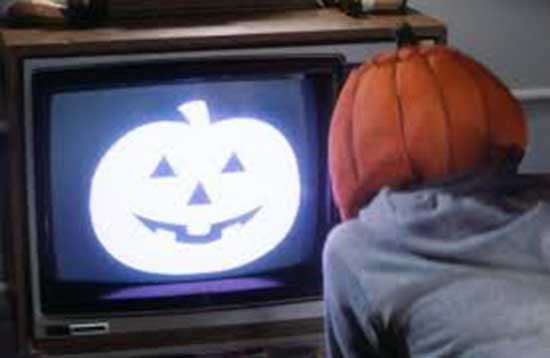 Challis deserves some accolades for taking on the dangerous journey into the unknown. However, no one should give him a pass for shirking family responsibilities. Challis has obligations to his children, and the doctor ignores those responsibilities continually.

Could he rehabilitate his image to his family by becoming a “savior” on Halloween night? Or, is Challis’ journey more personal, something he must prove to himself? He never lets on, but his odd drive to solve the mystery at Silver Shamrock’s headquarters drives him. Maybe he feeds solely off that newfound purposeful drive.

Internalizing everything may give Challis meaningful drive, but it could make him too single-minded. The doctor never takes someone else’s drive, responsibilities, and desire for meaning could create hurdles.

Dan Challis’ journey runs into an unexpected hurdle. The detective-doctor’s follows a trail leading to some with similar but nefarious goals. Is there anyone more driven to find meaning than Conar Cochran? Cochran’s entire plan focuses on bringing back the glory days of ancient witchcraft. Such a plan suggests Cochran finds his current existence to be lacking.

Cochran attained tremendous wealth with his novelty company, but fame and status outside his odd business circle elude him. Cochran produces Halloween masks and toys. The items sell, but sitting on top of a multi-million dollar mountain of “gag merchandise” doesn’t lead an entrepreneur to the high society pages. Cochran could attain incredible fame and even greater wealth if he revealed the secret to creating androids. Helping humanity doesn’t represent Cochran’s actual dreams, though. He dreams of the glory days of control and domination.

Frankl had some thoughts along these lines: “Ever more people today have the means to live, but no meaning to live for.” Cochran certainly has means, but he has no meaning. Cochran wants the existence of real significance.

Subtle hints suggest Cochran may be old enough to remember the ancient Celtic days. The mysterious warlock might have walked the earth for centuries, and he longs for the days when being leaders of evil witchcraft guided civilization. Those days are long over, and Cochran slinks to a mere mortal role of a toy company’s CEO. Cochran wants a lot more.

Once Cochran commits the great slaughter of the innocents, witchcraft returns. Cochran then finds himself becoming a leader of prominence in the re-establishment of the old world order. Distinction creates relevance and meaning. Cochran’s mission invigorates him with a sense of purpose, which circles back to meaning and purpose in life.

Challis gains purpose in pursuing the truth, and finding the truth gives him meaning. And now Challis must do something incredibly meaningful – he must stop the planned slaughter. Cochran assuredly won’t allow Challis to do so, as Cochran has a responsibility to carry out the plan.

Halloween III: Season of the Witch moves swiftly. The movie wastes no time setting up the mystery and then allowing things to play out. We follow Dan Challis and Ellie Grimbridge on their journey. Everything seems so plot-driven, but more than the plot keeps the narrative progressing. Horror films limit character depth, but Halloween III does give protagonists and antagonists some meaning. You just have to search for it.