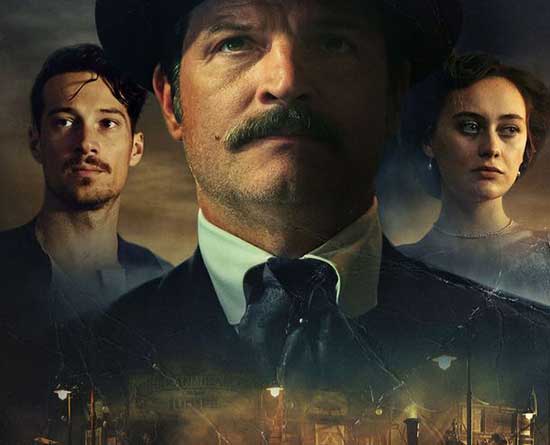 The series, co-written by Ronny Schalk (Dark) and directed by Hannu Salonen (Arctic Circle), explores a historical retelling of the bloody events that occurred in the early years of Oktoberfest – the popular German celebration we know and love today. The show centers around the character Curt Prank (based on the real life of Georg Lang), a brewer and show master, and his journey to change the traditions in Munich. The show uses beer as the mediator and common denominator between all of the characters’ lives as they devolve into chaos as Oktoberfest nears. Through family battles, secrets, and power obsession, it quickly becomes evident to Curt that there is no beer without the cost of blood.


The show uncovers the intense history of Oktoberfest that is unknown by the majority of people, both in Germany and across the globe. It overlooks the lives of average people at the time who lived through this era of history where the intersection of beer, politics, and violence was the norm and the line between good and evil was fine. The story unfolds in not only dark, messy violence but also in moments of comedy, romance, and the exploration of moral ambiguity in the overarching theme of Good versus Evil.

In 1900 Munich, ambitious brewer Curt Prank uses brutal tactics on his quest to build a beer hall that will dominate the city’s lucrative Oktoberfest.

The series have already been highly praised, with German critic, Volker Tittelbach, saying that it “transfers German cultural history into a wild cinematic ride” and “the conflicts are settled in Shakespearean energy, sometimes as a grand opera, sometime in a gritty western look…it is characterized by headstrong and distinctive actors who master both acting bigger than life and subtle theatrical drama.”

It also implores aesthetics inspired by Renaissance paintings – which Felix and the entire creative used to characterize the time of the 1900s. This color palette mirrors the change from late romantic to expressionistic art, which the creative team were able to showcase through the costumes, set design, lighting and grading. Felix also created new filming techniques, including the use of drones for exterior and interior shots to create intense high angle views and even dramatic close ups.

Hannu and Felix would love to share their inspirations for the show and how it came together – from the research they did, to the color palette, and the mixing of genres that make this period piece different from others you’ve seen before.

Oktoberfest Beer & Blood released on Netflix on October 1st. With the actual Oktoberfest celebration canceled this year, I think audiences will be really excited to have a little piece of its history on their screeninate!