NIGHT OF THE LIVING DEAD! THE MUSICAL! Original Concept Recording of OFF-BROADWAY HIT

Broadway Records is pleased to announce the release of the Original Concept Recording of Night of the Living Dead! The Musical! The album will be available everywhere digital music is sold on Friday, October 23rd.

Based on the classic cult film, Night of the Living Dead! The Musical! (book music and lyrics by Jordan Wolfe), had a critically acclaimed hit Off-Broadway premiere in 2019 at Theatre Row, starring Smash alum Jaime Cepero. The album is produced by Wolfe and James Morgan and features the entire cast from the world premiere production. An award-winning music video featuring the original cast members of one of the more popular songs from the show, “They’re Coming to Get You Barbara”, was released late last year. 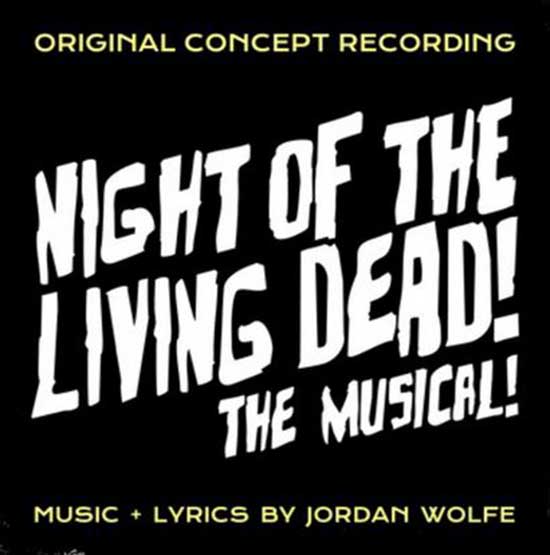