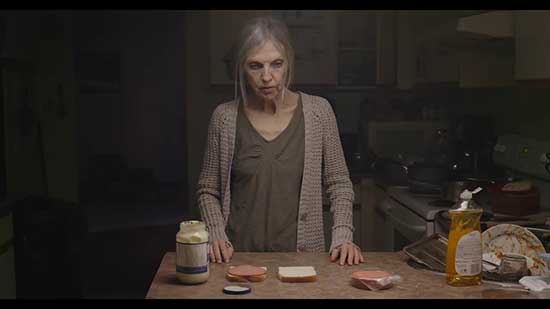 Marcy and her husband live together in a constant state of disarray. Her husband continually demands Marcy make him sandwiches, ad nauseam – but how long can she withstand his abuse before she finally cracks?

Hey kids! More short films! Today we have MAKE ME A SANDWICH, written and directed by Denman Hatch. According to IMDB this is the director’s first film.

Poor Marcy. Our long-suffering hero (Anne Shepherd) has apparently been catering to the demands of her husband for a very long time. Seems that Johnson (Peter Hodgins) spends all his time watching tv and demanding a sandwhich. And I mean, ALL of his time. Marcy can’t do anything else as the siren call of “make me a sandwhich!” seems to never end.

Well, Marcy starts to mix up the recipe a bit, and the more she changes it, the more he demands. Seems he doesn’t really taste the damn thing. 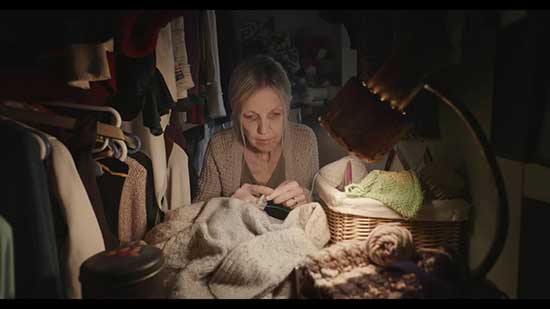 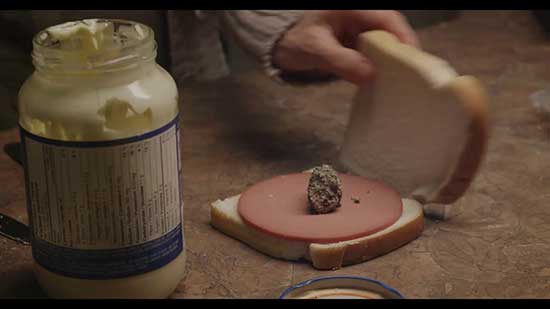 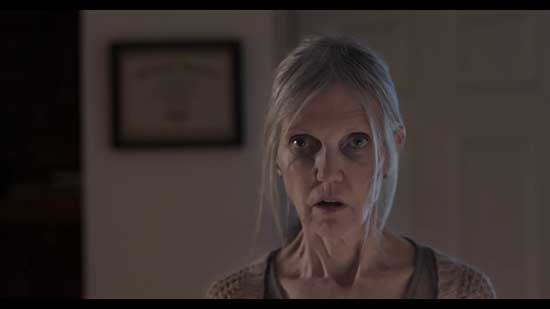 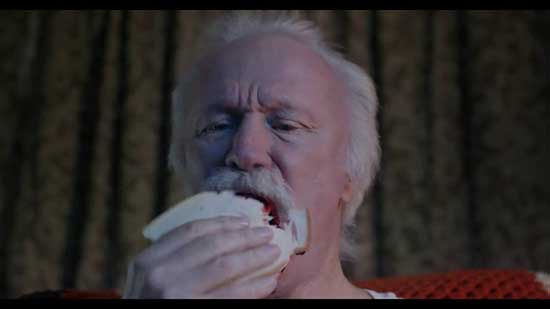 I want to point out that i had a “almost vomit” moment while watching this and that takes some doing. I’ve seen some nasty stuff in my time and there is one moment that seriously I had to look away and gagged. Major points for that. Even after it was over, I was still throwing up in my mouth just thinking about it.

The story ends as it should, and its a very satisfying ending indeed.