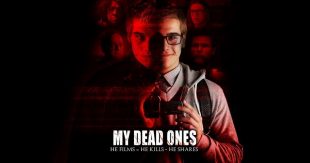 You can already pre-order Brazilian Horror Thriller MY DEAD ONES on Vimeo and prepare for the Halloween festivities.

TMA Releasing announced that the anticipated new psychological slasher film will not only be made available to the public one full week before Halloween but it will also be cheaper to purchase or rent the movie from Vimeo On Demand and here’s the link:
vimeo.com/ondemand/mydeadones

TMA Releasing recommend to any movie fans the use of Vimeo On Demand to purchase their films. By doing so, filmmakers are getting a bigger cut of the profits.

Indeed Vimeo takes a smaller percentage from sales than other VOD platforms out there and people should know that when they purchase a film through other platforms, it’s the platform that makes most of the money.

​While the movie should land on iTunes and Google Play on October 31st, My Dead Ones will be available as soon as October 26th on Vimeo in North America, the UK, Ireland, France, Japan, Australia, New Zealand, Spain, Portugal and India.

Tags My Dead Ones The Movie Agency TMA Releasing