DANCE, DRINK AND DIE ON A SURREAL TRIP THROUGH AN OCCULT FOREST ON STEAM, JUST IN TIME FOR HALLOWEEN

Independent developer Green Tile Digital has announced that its macabre psychedelic music sensation, Strobophagia: Rave Horror, will launch on PC via Steam on October 28. Featuring a wide range of original EDM tunes, including trance, house, techno, and more, the title uniquely blends blood-curdling terror with an authentic rave experience. Fans can enjoy a free demo of the game right now in advance of its full release next month. 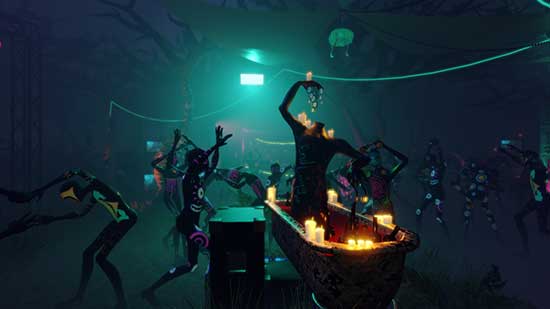 Glimpse into the mind-numbing, twisted world of Strobophagia with today’s trailer:

“The team at Green Tile Digital has been eating, sleeping, and breathing rave culture ever since we began work on Strobophagia,” says Ben Clarke, CEO. “We can’t wait for horror and EDM fans to put on a pair of headphones and immerse themselves in the kaleidoscope of horrors we’ve prepared for them. We guarantee the Headless Rave Festival will be a party to die for.” 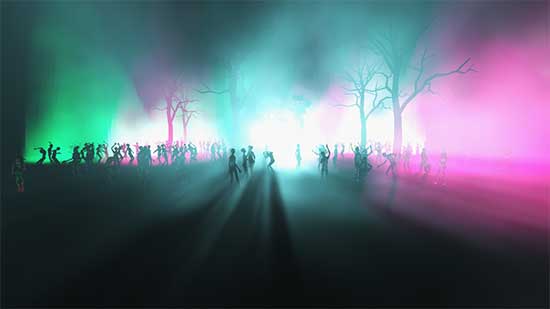 As a raver in search of the ultimate freedom of expression, players find themselves at the Headless Rave Festival: a carefree carnival of unabashed drunkenness, fluorescent body paint and bumping electronic tunes set in the middle of a dense forest. When the event’s enigmatic organizers suddenly announce that admission comes at the cost of one’s own life, fans must learn to maintain a grip on their sanity while sinister beings threaten them in the shadows. With the aid of an in-game smartphone app mechanic, players will solve challenging puzzles and connect with other ravers in hopes of making it out of the neon-drenched woods alive.

Assets for Strobophagia: Rave Horror may be found below:
[PRESS KIT]