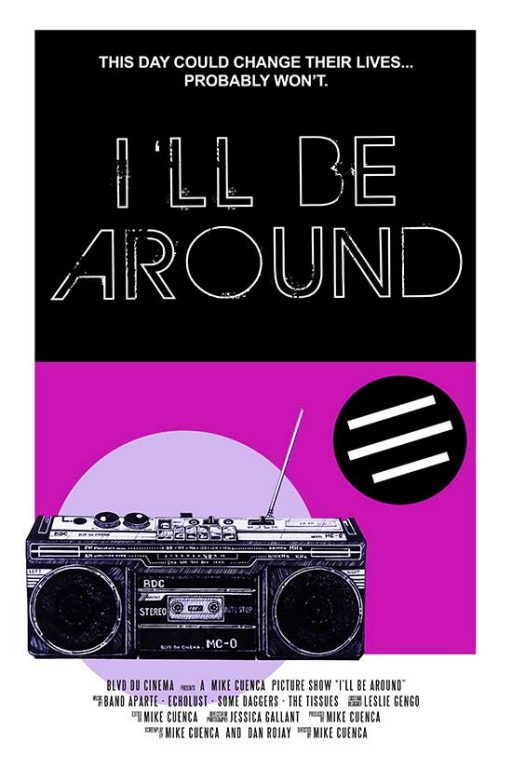 Featuring a cast of over fifty eccentric characters with special appearances by J Mascis (Dinosaur Jr), Jonah Ray, (“Mystery Science Theater 3000”), Frank Agnew (The Adolescents), Casey Royer (D.I.), and punk icon Pleasant Gehman, plus featuring music from the likes of Echolust, Band Aparte and The Electric West, I’ll Be Around turns it up to 11 this September.

Against the backdrop of a post-punk music festival, dozens of struggling thirty-somethings deal with a wide variety of social and philosophical issues in their respective lives, from generational angst to premature ejaculation.

Like classic generational films such as Easy Rider, American Graffiti, or Dazed and Confused, I’ll Be Around captures: how society’s rules, expectations, and stereotypical goals in this day and age don’t really apply. The film conveys a certain dialogue-driven level of angst, confusion, and comedy when dealing with the topic of finding purpose and footing in one’s life. The story features a huge cast of characters of various races, sexual orientation, and beliefs; grappling with nostalgia for their adolescence while waxing intellectually social issues & the difficulty of making a living as an artist.