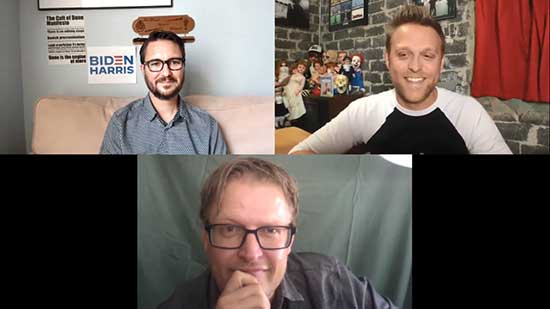 “SYNOPSIS:  Set in 1990, a lonely bachelor named David (Brian Landis Folkins) searches for an escape from the day-to-day drudgery of caring for his aging mother (Kathleen Brady). While seeking a partner through a video dating service, he discovers a strange VHS tape called Rent-A-Pal. Hosted by the charming and charismatic Andy (Wil Wheaton), the tape offers him much-needed company, compassion, and friendship. But, Andy’s friendship comes at a cost, and David desperately struggles to afford the price of admission.”

HNN- Hello everyone, thank you so much for taking the time to talk with all of us and Wil, Stand By Me is forever a favorite.

HNN-Rent-A-Pal is so good, so creepy. I got up and turned the lights on. I think this movie is so relevant for everything happening right now with COVID-19. Andy is charismatic and has a powerful affect on David (Brian’s character) What can you say about the psychological aspect of the film? How did each one of you prepare for the film?

Jon- I think it goes back to the write what you know point. All of us, and maybe that’s why connected with the movie have felt where these characters have been and we can all draw from our own traumas that mirror Andy (Wil Wheaton’s character) in our own way. Everyone could find their own way into it. But, it’s just relatable.

Brian- When we were gearing up to start shooting, Kathleen Brady who played my mother. We went and sat in the house and went through the script and just learned about each other. We would read through our scenes and we would get to something that would spring a memory and in such a quick time, we got so personal with one another and we’re sharing stories about our own upbringing and our relationship with our own moms. For me sitting in the house, like I said before, it smelled like my grandparent’s house and there were like items in the house that I haven’t seen since I was eight. It was such a visceral experience and sharing that with her, not to mention she is a theatre legend. She’s had a career in theatre for like forty years. I grew up from like high school watching her onstage. It was such an honor to be able to work with her. That, for me, sitting in that house and sharing experiences that brought us so quickly and close together. Those were the things that really helped me kind of sit in that world. 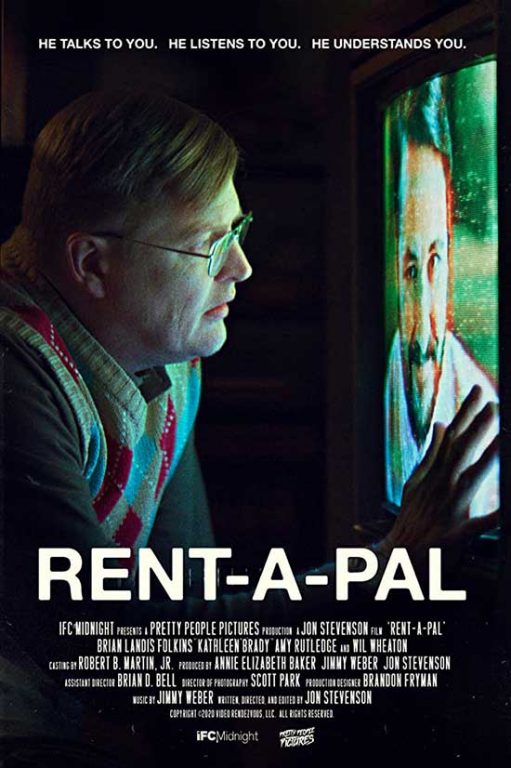 Wil- All of my scenes were, we shot them all in a day and I was in isolation from the rest of the cast. It was really important for me to be able to trust Jon and know that Jon a view of this that I didn’t have. I would give my performance and then take Jon’s notes and then adjust and we did that a few times. It was an extraordinary experience, I really loved it. I left a full day’s work feeling energized instead of feeling exhausted. That doesn’t happen very often.

Jon- Wil’s take on Andy was so exactly what I wanted. It was so pitch perfect and he did takes where he would make different choices so we had a lot to work with. He locked onto Andy so quickly. Onset, I was getting goosebumps constantly because things that he was saying were things that I was imagining in my head for so long and then I hear it and its perfect.

HNN- To see that come to fruition as a writer. Yes.

Wil- I primarily identify as a writer. That is my primary means of creative expression. That’s where I live, that’s my love song is being a writer. I know when you write something, for an actor to perform, you just want the actor to faithfully interpret what you had in mind. I’m aware of that and it was important to me that I interpret what Jon had put on the page. His script was so clear and so easy to interpret that, it made my work really easy and effortless and extremely joyful and satisfying.

Thank you all so much. Wil and Brian, you did an amazing job. Jon this movie is exceptional. You all did such a great job. Thank you. 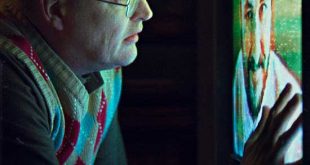