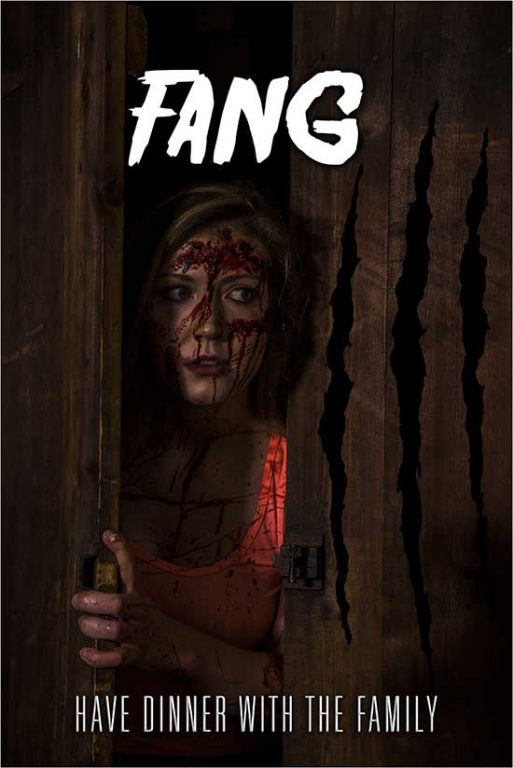 Two couples, each enroute out of town for their own reasons, wind up crossing paths and head to the closest house in town. As dusk sets in, they must fight for survival in a secluded house of horrors. Hosted by an eccentric caretaker, the Crowley’s are an odd couple with a hidden secret behind lock and key. As the clock strikes ten, all exits are locked and the visitors find themselves trapped in a dog pen of werewolves. They must make a decision, stay and fight or try and escape before they are all dinner.

Melantha Blackthorne as Doris Crowley gives a two-time award-winning performance for Best Supporting Actress. Jennie Russo (Night of Something Strange) and Jason John Beebe (Sharknado 2: The Second One) deliver the perfect mix of creature feature and eighties slasher gore. Directed by Adam Steigert (A Grim Becoming, Ombis Alien Invasion) he brings his unique storytelling to life as he introduces a bold new vision on the werewolf mythology. Fang shares the same monster universe continuing with this year’s release of 388 Studios’ (The Horrific Evil Monsters) currently in post-production with a 2020 release date. 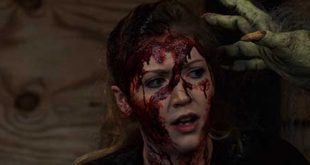