Own it on Digital October 6 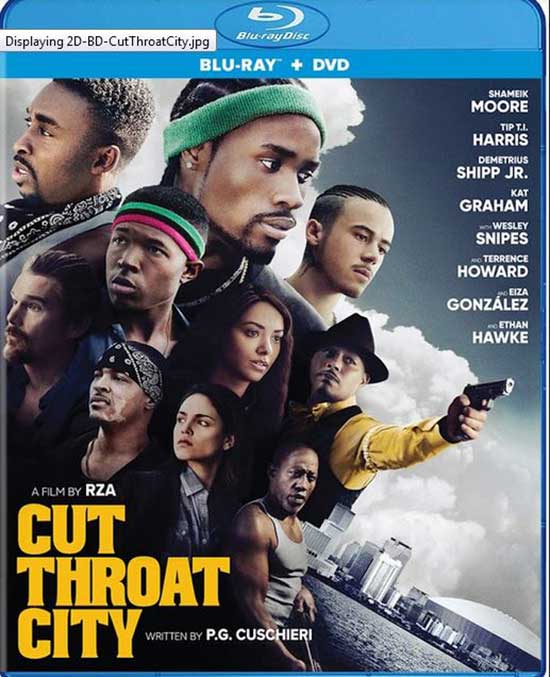 After Hurricane Katrina, four boyhood friends return to NOLA’s Lower Ninth Ward. As FEMA fails to provide aid, they reluctantly turn to a local gangster for help. When the job tanks, they must outrun — and outsmart — a system rife with corruption. Bonus content includes behind-the-scenes footage and deleted scenes.

From director RZA comes the explosive CUT THROAT CITY, the story of four boyhood friends from New Orleans’ Lower Ninth Ward who return after Hurricane Katrina to decimated homes, no jobs, and no help from FEMA. Out of options, they reluctantly turn to a local gangster, who offers them one shot at turning their situations around—by pulling off a dangerous heist in the heart of the city. When the job goes bad, the friends find themselves on the run, hunted by two relentless detectives and a neighborhood warlord who thinks they stole the heist money.

CUT THROAT CITY has a runtime of approximately 123 minutes and is not rated.