Gravitas Ventures, one of the largest all-rights distributors in the world, has acquired the worldwide rights to Michael Ballif’s indie horror film They Live Inside Us. Written and directed by Ballif and based on award-winning episode #4 (and sharing the same name) of the viral anthology series The Witching Season, the film has been slated for a US/ Canada release on October 6, 2020, with more territories to follow. 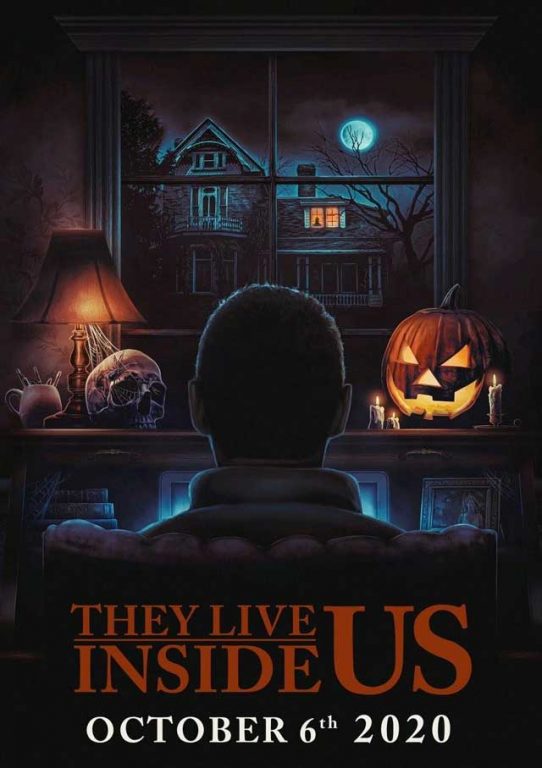 Ballif’s psychological horror film follows a man (played by James Morris) who is seeking inspiration for a new writing project and decides to spend Halloween night in a notoriously haunted house. He soon realizes he is living in his own horror story.

The film also Stars Emily Broschinsky, Hailey Nebeker and Stevie Dutson. Morris also produced They Live Inside Us, along with Ballif, Allen Bradford and Jordan Swenson, who were all involved in producing The Witching Season anthology.

The anthology cultivated a devoted online following and allowed the team to launch a successful crowdfund in 2017. “After working on The Witching Season with an incredibly talented group of hungry, creative and passionate individuals, I feel we are ready to take the next step,” Ballif said in an interview with Dread Central after being asked about the transition from short films to feature films.

The trailer for the highly anticipated indie horror feature went live August 14, 2020, and has been met with glee from the horror community. ABOUT GRAVITAS VENTURES Gravitas Ventures is an all-rights independent film distributor that brings films to theaters and consumers (on demand) across the world. As a cutting-edge, 21st-century independent film distributor determined to meet evolving

Tags They Live Inside Us