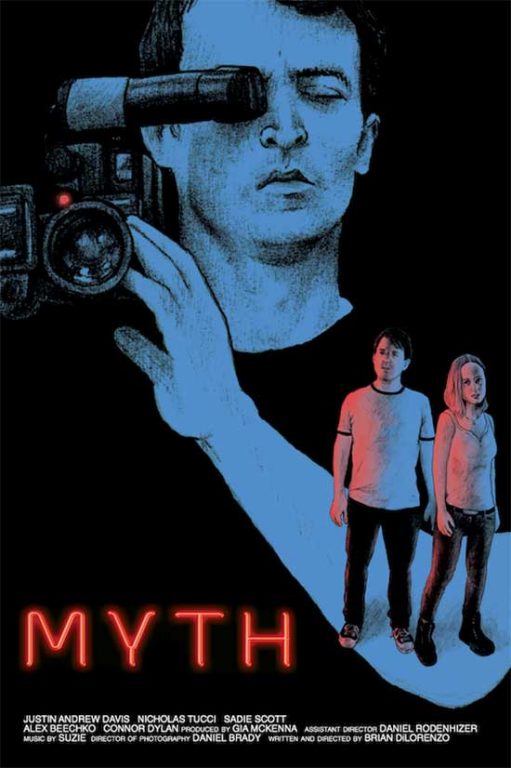 MYTH, a psychological thriller starring Nicholas Tucci (You’re Next, Channel Zero) is releasing this Friday, July 24th on Amazon Prime Video. The film features a dynamic performance by Tucci, in one of his final roles before his tragic passing earlier this year.

In this psychological thriller, MYTH explores what happens when the precarious line between fact and fiction is blurred.

Bored and lonely in his sleepy suburban town, college student Alex (Justin Andrew Davis) is awestruck when he encounters his filmmaking idol, elusive director JP Smith (Nicholas Tucci). Together they form a precarious relationship, as Alex agrees to star in JP’s next film: a gritty, fly-on-the-wall docudrama, where the line between reality and fiction is completely blurred. New characters emerge, including Ruby (Sadie Scott) an enchanting young woman whom Alex falls for and his romantic rival Josh (Connor Dylan), a classically cool, chain-smoking drifter. The film’s producer Nora (Alex Beehcko) struggles to keep it all under wraps

In the depths of quiet suburbia, lonely Alex encounters his idol – the strange and elusive director JP Smith – who recruits him for a new project, which will upheave his life and send it spiraling into chaos.