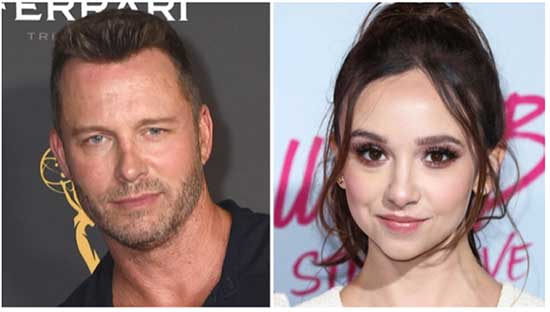 Under the creative leadership of writer/director Zakarin, Digital Sky celebrates storytelling by embracing new platforms and technologies for mass audiences. The Digital Sky universe will combine the dynamic storytelling and high-quality audio design that captivated listeners and pushed creative boundaries for fiction podcasts during the pilot phase with visual elements to further bring the stories and characters to life. Each Digital Sky video episode will feature it’s own unique visual element – from graphic novel animations to performances by top Hollywood talent – and will provide opportunities for audience engagement.

“We are creating an interconnected fictional universe that pushes the boundaries of story driven podcasting. Digital Sky brings our social media and app inspired stories to life with stellar performances by gifted actors and state-of-the art sound and visual production,” said Zakarin. “Ride Share and Trail Less Taken are representative of the range of visual experiences we plan to deliver in the Digital Sky universe.”

The Digital Sky pilot podcast series took listeners on a journey of twisted tales about the apps that control our lives and the power of social media obsession. After piloting several different storylines within the Digital Sky podcast universe, the new innovative video formats will be based on fan-favorite episodes.  Ride Share is a ten-episode spinoff series based on the audio podcasts’ first episode and one of the most popular.

The video/audio hybrid of fiction podcast Ride Share is set to premiere on September 8th with new episodes releasing each week. It will star two-time Emmy winner Eric Martsoff (Days of our Lives) and Britt Baron (Glow, Final Fantasy VII Remake). Ride Share, inspired by the apps we all use so often, follows the twisting adventures of Keith (Eric Martsoff), a dangerous con-man who preys on the public under the guise of a friendly rideshare driver.

The first visual podcast episode, available today on YouTube, is based on Digital Sky’s Trail Less Taken, which follows the fictional story of an experienced hiker and social media influencer Claire Hoffman, performed by Caitlin Thornburn (Good Omens). On this adventure she is faced with an unpredicted torrential rainstorm, putting her in a hopeless situation with a last chance to reveal her personal truth. Shot in a recording booth combined with props, immersive sound effects and a backdrop of high-quality visual images, Thornburn delivers an incredible performance that truly immerses viewers in the story.

Digital Sky is part of Zoit Media Network, which serves the growing audience that consumes content on multiple devices and platforms. The company is led by a uniquely experienced leadership team of industry veterans including Bert Benton, James Gavsie and Scott Zakarin.