META, a genre-bending short film that highlights the internalized battle of trans/nonbinary people when battling dysphoria is making it’s World Premiere with Outfest Los Angeles 2020. Set at an 80’s themed prom, we follow Artie Talbot, a transboy on his Senior Prom Night where he unexpectedly gets his period. This causes a monstrous transformation that challenges Artie’s perceptions of himself. For more information, please see the press release attached (and pasted below).
META
The World’s First Prom Thriller with a Transgender Lead
Directed by Sydne Horton & Written by Savannah Ward
Premiering Online August 23rd, 2020 with Outfest LA
1 of 35 World Premieres with Outfest 2020 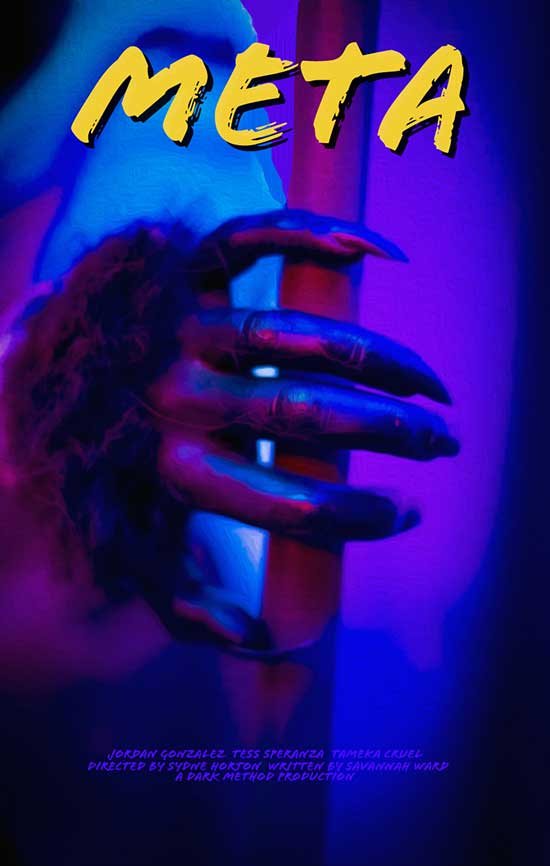 META is a thriller and coming of age short film that explores one of many psychological battles with trans-dysphoria and the pressures of navigating high school as a nominee for Prom King. The film stars Jordan Gonzalez, a proud member and advocate for the Trans Community and one that personally resonates with his character Artie’s journey. Directed by Sydne Horton, a queer identifying individual and written by Savannah Ward, another member of the Trans Community, these two visionairies utlized a queer cast and crew to bring METAto life.
Having just started the festival circuit, META is off to a great start, gaining interest from the LGBTQ+ community and creating buzz within the cult horror genre realm. This genre-bending film is bound to find a home with many more festivals to come.
Official Selection Sweeping the Film Festival Circuit Including:
Outfest LA 2020 (World Premiere)
Out for Blood Queer Horror Festival 2020 (1 of 21 Selected Films)
META Stills
Share