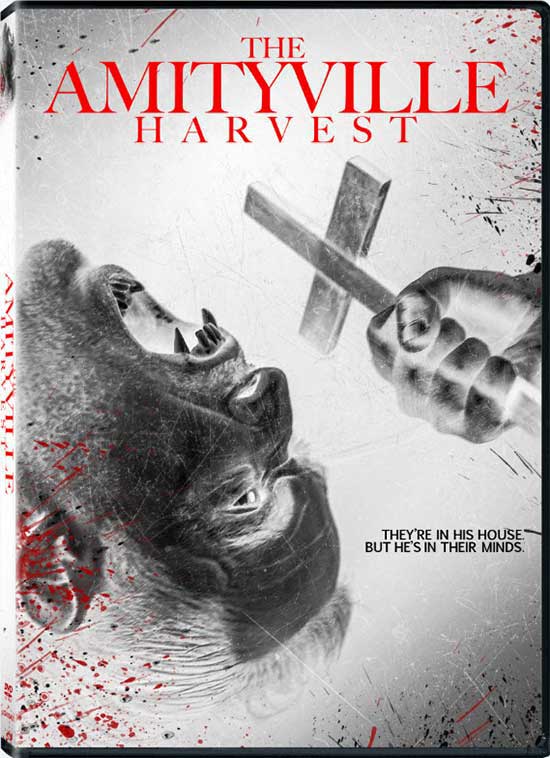 A must-see for horror fans obsessed with the chilling events that took place in Amityville, The Amityville Harvest debuts on DVD, Digital, and On Demand October 20 from Lionsgate. Starring Sadie Katz and Kyle Lowder, The Amityville Harvest DVD will be available for the suggested retail price of $19.98.
In this intense horror tale, a visit to a crumbling mansion becomes a journey into sheer terror. While staying at an aging manor to research its liquor-smuggling history, Christina and her documentary video team interview their spooky host Vincent — but no one can capture his image or voice on video! After shocking dreams and bloody encounters, the crew members fall under Victor’s hypnotic spell. Can Christina and her sister stave off Victor’s dark magic and survive Amityville’s deadly harvest?
Share