The Fourth Wall Most Anticipated Film To Premiere at Fantasia 2020 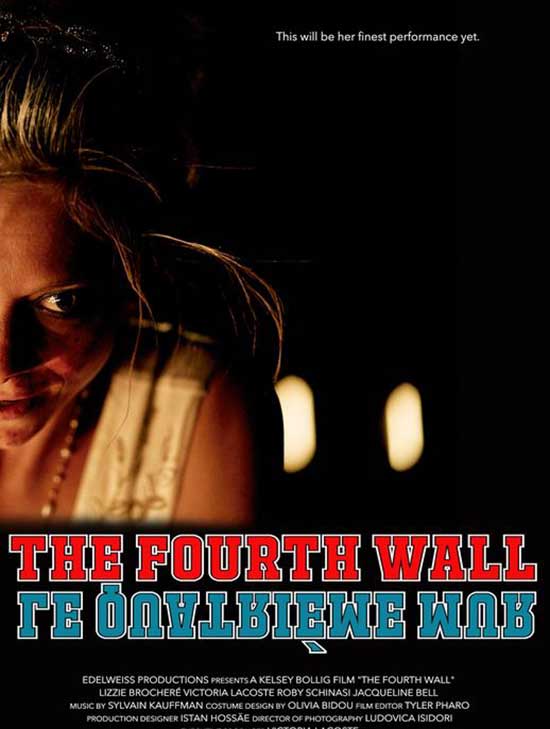 Chloé is a serious actress who’s spent her life on the stages of Paris. The result? She has been chipped down into a product of the scrutiny and unfair politics that infest the entertainment industry. Doomed to star in one last performance of Shakespeare’s ‘A Midsummer Night’s Dream’ Chloé fights for her moment in the spotlight amongst the self-serving newcomers she is forced to share the stage with. How far will she go to be the star of the show?

Following On The Success Of Asking For A Friend (2019)

Kelsey Bollig is an emerging director with a massive amount of buzz surrounding her, followed by the mega success of Asking For A Friend (2019), which won 17 awards and countless nominations in the 2019 film festival circuit. Like Asking For A Friend, The Fourth Wall satiates every sense in a twisted, gleeful fashion, but with an intense focus on the lead’s emotional state.

“Just as with any artist or creative, each project is a step towards a more defined voice.

Asking For A Friend was a chance for me to truly define my style as a director and because of that, I believe it’s even more prominent in The Fourth Wall.” — Kelsey Bollig

Cited as one of the most anticipated films of Fantasia (Dread Central, Horror Buzz), The Fourth Wall is the second film of Bollig’s to be produced by Edelweiss Productions. Musically-driven, The Fourth Wall is a kaleidoscopic mind trip that takes you down the decaying rabbit hole, hand-in-hand with Brocheré’s character.

“I wanted us to have a first-person experience of our lead’s psyche through the aesthetics of the film – from set design to clothing to makeup and lighting. If you watch carefully, these aspects change throughout the film. Colors change. Objects shift. Things aren’t where or what they seem.” — Kelsey Bollig

The Fourth Wall is deeply immersive, packing a saturated punch that consists solely of 6 predatorial long takes that build up to a shocking culmination. Given the shot structure, making The Fourth Wall took more time to rehearse than to actually shoot; in a way embodying a throwback to the days of film, while simultaneously offering something fresh for today’s digital culture.

“By exclusively using long takes, it was a bit of a throwback to how things used to be shot on film, as far as how focused we were on getting each take just right. Each re-take meant a much bigger reset, so I think in some ways, it focused the cast and crew in a way you don’t see as often on set these days.” — Kelsey Bollig

Rehearsing is a luxury nowadays. (When shooting The Fourth Wall…) we had the time to come up with a choreography that worked for the story, for the camera, for the actors, and for the light. It was difficult to ride that high note of (Chloé’s) frustration the whole time, but in a sense it was very cathartic for me. — Lizzie Brocheré

“It was the difference between just working on a film and making cinema. Bollig was very clear that it was imperative that we take our time to rehearse. The entire cast and crew literally rehearsed for 3 days straight. We started with the script. Then Bollig rehearsed with the actors. Then I would come in and we would rehearse again and make a few tweaks. Then the other camera person would come in and we would tweak it again. The process was so organic. We literally allowed ourselves to mold the scene from the paper to a 3D space. And that is wherein the success of this movie lies.” — Ludovica Isadori, Director of Photograph