Thursday, July 30th, 2020 – Jordan Graham’s haunting feature SATOR has been acquired by 1091 Pictures for North American release. The film, hailed as “strikingly atmospheric” by Variety, premiered at the 2019 Fantasia International Film Festival and went on to have celebrated screenings at Telluride Horror Show and the Brooklyn Horror Film Festival before being brought to the Marche Du Film Online by arthouse genre film sales outfit Yellow Veil Pictures.

Nearly a one-person operation, Jordan Graham is the director, writer, editor and producer of SATOR, in addition to lensing and scoring the feature. “Sator is quite personal to me. It delves into my family’s dark history with mental illness surrounding a supernatural entity, and uses home video footage to create an interwoven piece between documentary and fiction,” says Graham. “After working on this project for seven years, I am so grateful that 1091 has picked up the film, allowing it to finally find an audience.”

The deal was negotiated by Lev-Avery Peck for 1091 Pictures and Yellow Veil Pictures on behalf of the filmmakers. 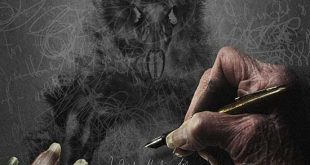