Home | Ten Times the Terror with Killer Raccoons! 2! this Summer

Ten Times the Terror with Killer Raccoons! 2! this Summer 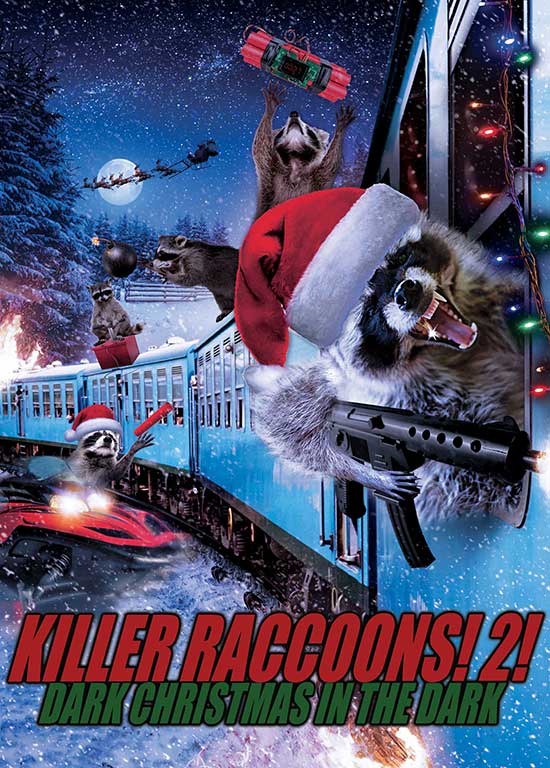 Killer Raccoons! 2! is the sequel everyone should fear. Filmed ten years after the original, director Travis Irvine (“Hail Yourself, America”) describes this title as “the best Christmas in July movie of all time.” Already released on Digital platforms (July 28th), Killer Raccoons! 2! is one part Sharknado, one part Airplane! and one part Hot Shots! – all wrapped in an action adventure. The film stars: Yang Miller (Don Peyote), Ron Lynch (“Bob’s Burgers”) and Tom Lyons. Indican Pictures will release this furry-bandits-gone-wild thriller throughout the Summer, with a DVD release set for October.

The story for Killer Raccoons! 2! follows Casey (Miller) as he leaves prison, after ten years. Convicted of underage drinking, Casey is now a free man. On his way to Washington, D.C., Casey’s train ride is hijacked by varmints, hell-bent on setting up a rogue satellite. Now, Casey has teamed-up with a ticket taker to put an end to this rabid group of black masked bandits.

Indican Pictures has already released Killer Raccoons! 2! on Digital Platforms. Now, this title will show in theatres, across the mid-west, this July 21st. On October 1st, this sequel will be available on DVD as the filmmakers promise: “this film is just what our country needs during the pandemic – something else to think about!” Thriller and comedy fans can view the film’s release details now!

The film’s official synopsis: On a snowy Christmas Eve, former mild-mannered college student Casey Smallwood is released from prison after serving 10 years for underage drinking. Eager to get out of town, he hops on the express train to Washington, D.C., but after the holiday express takes off into the winter wilderness, it’s hijacked by an angry gang of domestic terrorists and highly-intelligent, government-trained raccoons! Not one to back down from a raccoon fight, Casey joins forces with a porter on the train to fight the terrorists, help bring down a top secret, raccoon-controlled, military laser satellite and show those raccoons who’s in charge!

More on Killer Raccoons! 2! at Indican: