HNN recognizes that the landscape of the entertainment business is changing as repercussions of the COVID-19 pandemic and the challenges we face social distancing in our theaters and festivals. Therefore, the HNN Film Festival will completely be an “at home” experience.

“HNN Film Festival seems like the natural progression of things. I’ve been involved in business of horror for over a decade, specifically supporting the efforts of independent filmmakers. I think we all strive to watch the perfect film and while some say that’s an impossible task, what’s enjoyable is the journey. The endless search to find the holy grail of movies, or by horror standards, the unholy grail. You know it’s a good film when you are sitting on the edge of your seat and experiencing the story along with the characters. You know it’s a great film when that feeling of excitement stays with you long after you stopped watching the movie.” – HNN Manager, Michael Joy 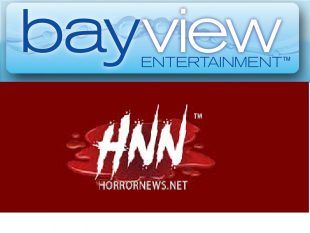 About HNN Presents:
We believe in horror. This is the genesis of a new era in how people consume entertainment and we are leading the charge to a revolution. As we stand at the forefront of the film industries rebirth, it’s our mission to establish the horror genre as the epicenter of the “at home” video experience.

About Bayview Entertainment:
BayView Entertainment, LLC, is a full service media company committed to acquire, develop, produce, market and distribute audio-visual content. For over fifteen years, BayView made its name by being dedicated to releasing only the best programs in each category from some of the most trusted names in the field.