Home | THE BLEED: RUPTURE is out now as an Audible exclusive audiobook

THE BLEED: RUPTURE is out now as an Audible exclusive audiobook 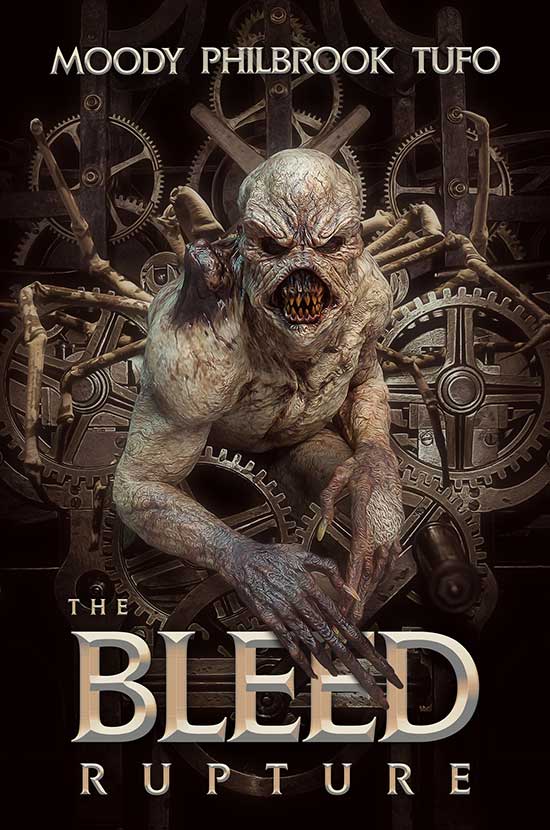 Between them they’ve sold millions of books about the end of the world, and now authors Mark Tufo (Zombie Fallout), Chris Philbrook (Adrian’s Undead Diary) and David Moody (Hater), have joined forces to destroy the entire universe. THE BLEED: RUPTURE is the first in a three-book series that spans worlds and ages.

A war is raging between gods and demons, with an unstoppable interdimensional terror – THE BLEED – destroying everything it touches. From ancient alien civilizations through to modern day London, through to deep space and beyond, nothing and no one is safe. The Bleed wants flesh. It wants to destroy life. It wants to be worshipped.

The Bleed strains at the edges of reality, and God has come to help Earth make a stand against the demons from beyond, but it’s going to come down to one frightened kid to save the entire planet from a blood-soaked fate.

The moon: sometime in the future.

With Earth devasted by war, a covert mission to colonize the moon is our last chance. The mission succeeds until the brand-new technology used to power and protect the colony mysteriously begins to fail. Are the survivors of Earth’s final war about to be dragged into another conflict, the magnitude of which they couldn’t even begin to imagine?

Another world: another time.

The Gods of this world left long ago to fight the Bleed, so far in the past that it’s fallen into history. But their war has continued to rage on the horizon, at the furthest edge of this reality. But now there are screams at the shore and the tide has turned red. The war against the monsters of the Bleed is no longer forgotten history. It’s happening now.

IT ALWAYS BLEEDS THROUGH. THREE WORLDS. THREE AUTHORS. THE MOTHER OF ALL APOCALYPSES.

THE BLEED: RUPTURE is released July 14 as a paperback, ebook, and audiobook exclusive from Audible. THE BLEED: RAPTURE and THE BLEED: ARMAGEDDON follow in 2021.