Home | PJSANDPIXELS releases their PANDEMIC collection 🏠8 films made in quarantine.

PJSANDPIXELS releases their PANDEMIC collection 🏠8 films made in quarantine.

PJsandPixels, an emerging horror streaming service, and Black-owned business announces the premiere of 8 short films all made while under quarantine. 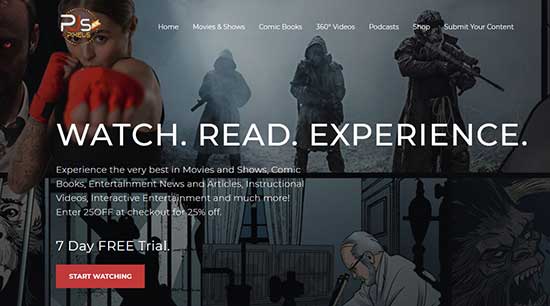 “The pandemic has created a ripple in our fabric that will last forever, as we contend with the unknown, we turned to filmmakers who have created content relevant to current events while staying at home,” says PJsandPixels CEO, Neko Sparks.

Debuting this month, we are proud to present:

The post-apocalyptic short film WEIGHT shows an alternate reality with the worst possible outcome to the recent pandemic in a terrifying future 20 years after people ignored the rules, a vaccine never worked and society collapsed on itself. The film follows a drifter, Adam, surviving in the aftermath by following strict rules left to him by his father.

Six days after a nuclear attack, a man searches for survivors but stumbles across a backpack with a flash drive inside containing a video message from a now-deceased girl.

A boy wakes in the night to find a mysterious trail of pennies outside his room. Moving further and further through the house, he eventually finds the source, tempting him outside.

A popular sleep app seems a fun way to see what’s disturbing his sleep until he hears what visits his room in the dark.

Margo will do whatever it takes to grow her social media presence. Out of desperation, she clicks a mysterious link promising her unlimited followers but ends up getting more than what she bargained for.

WE ALL NEED SOMEONE TO STAY

Through the lens of a smartphone, our film follows a young man, Bakar, who is seemingly at odds with his mother. When the country is suddenly put in a state of emergency, Bakar’s world turns upside down as he is faced with morally difficult decisions.

A young girl is getting ready for a Halloween party when an unexpected trick or treater arrives at her door at almost midnight. She attempts to get him to leave, but the masked child does not speak or move. He continues to harass her, and she realizes that his intentions are much more sinister than she thought, and he may not be acting alone.

When a passenger displays eccentric behavior on a plane, what’s first assumed to be a hallucination reveals itself to be something beyond comprehension.

PJP is a premium streaming video service for sci-fi, comic, and horror fans with curated programming including independent films and interactive novels. PJP’s library continues to expand and is available ad-free and for unlimited viewing on our website, mobile apps for iOS and Android, Fire, Apple TV, and the Roku platform with a free one month trial and $12/year subscription. To sign up or learn more about PJsandPixels, visit www.pjsandpixels.com